Discover the beautiful resort town of Banff, set in the heart of the Canadian Rockies

Witness true wilderness and enjoy an unforgettable rail journey on board the magnificent Rocky Mountaineer. Travel from Vancouver to Kamloops, gliding past the breathtaking scenery in the Fraser River Valley and the Coastal Mountains. Follow the South Thompson River to the glittering Shuswap Lake and make your way through Craigellachie, the small settlement where the Last Spike was driven, completing the Canadian Pacific Railway. As you continue your journey to Banff via the Rogers Pass and Kicking Horse Pass, you will pass through spiral tunnels and along amazing glaciers. Discover Banff, a famous resort town known for its surreal lakes and majestic mountains. Visit the Hoodoos, Bow Valley Viewpoint, Surprise Corner, Bow Falls, Lake Minnewanka and Bankhead. Take a thrilling Banff Gondola ride to Sulphur Mountain and explore the rest of the town at your own pace. Finish your tour in the high-spirited city of Calgary.

All aboard Rocky Mountaineer for the scenic rail journey to Kamloops in the interior of British Columbia. Pass through the rich fields of the Fraser River Valley and the towering peaks of the Coastal Mountains before entering the Fraser Canyon. Follow the Thompson River through spectacular landscapes to historic Kamloops.

Departing Kamloops, follow the South Thompson River to Shuswap Lake with its thousand miles of shoreline. Pass Craigellachie where the ‘last spike’ was driven, completing the Canadian Pacific Railway in 1885. Enter Rogers Pass with its tunnels, snowsheds and glistening glaciers. The Kicking Horse River leads you to Kicking Horse Pass, the Spiral Tunnels, then over the Continental Divide to Banff and Banff National Park.

This morning, tour the town of Banff and its environs. Among the highlights are visits to the Hoodoos (shaped by centuries of wind) & Bow Valley Viewpoint, Surprise Corner, Bow Falls, Lake Minnewanka and Bankhead, an abandoned mining town and the relic of Banff’s industrial past. At the end of the tour, you will be taken to the Banff Gondola for a breathtaking ascent to the pinnacle of Sulphur Mountain for an awe-inspiring, 360-degree panorama of sheer mountain majesty. Return to downtown Banff at your leisure. (Transfer not included)

In the mid-afternoon, depart for Calgary on a scheduled coach transfer. Following the Trans-Canada Highway, leave the Rocky Mountains to the Great Central Plains that roll to the east for 2000 kilometres and extend as far south as Mexico. This is ‘cattle ranching country’ and the breadbasket of Canada. Arrive into Calgary late afternoon with drop-off at Calgary Airport or downtown hotel. 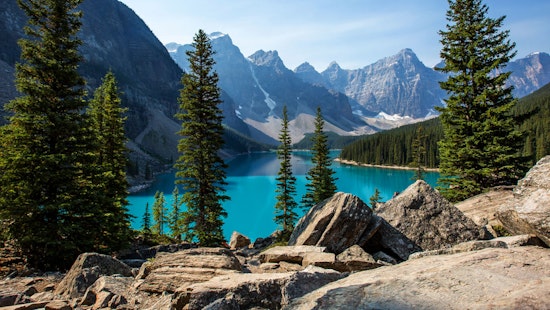 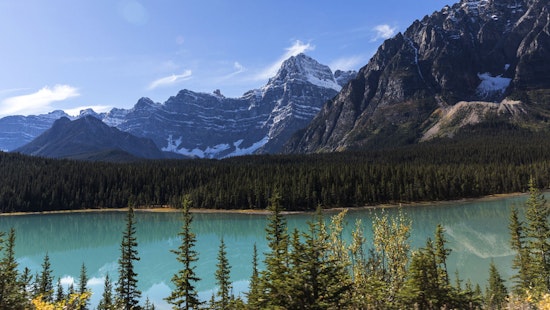 Explore Canada’s unbeatable destination, the Canadian Rockies, aboard Rocky Mountaineer during this scenic, 10-day rail tour. Discover the heart of the Rockies including Banff, Jasper and Lake Louise. 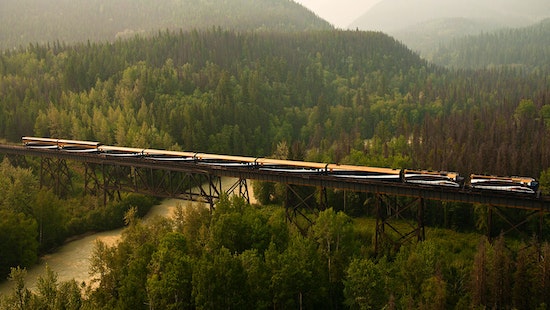 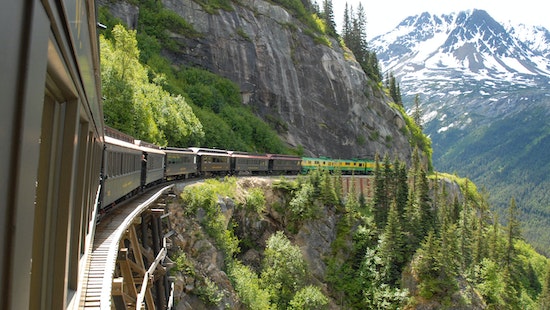 Sit back, relax and chug along the astonishing landscapes of Whitehorse—Canada's famous wilderness city! 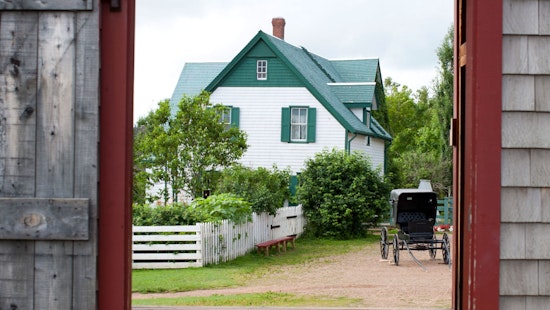 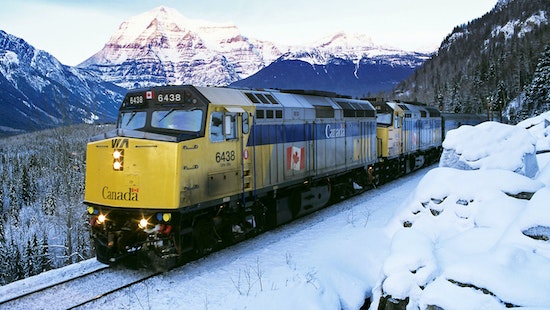 Chug through the awe-inspiring winter scenery of Banff and Jasper on a splendid journey aboard VIA Rail. 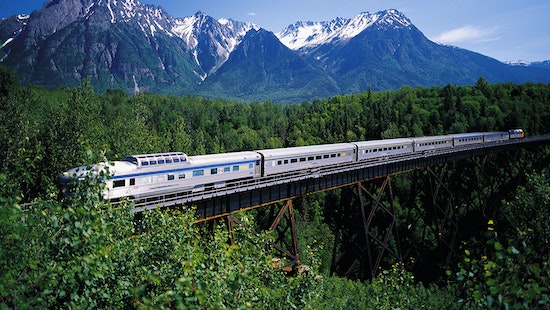 Uncover the natural beauty of Northern British Columbia has to offer on-board VIA Rail with our unforgettable, 9-day rail package. 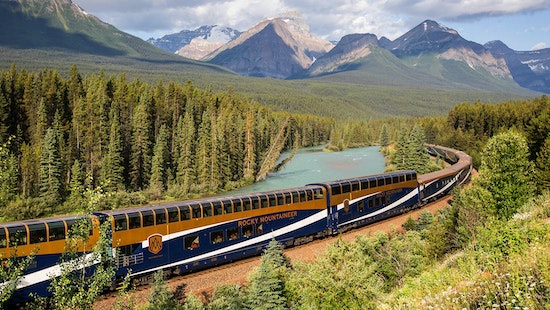 Experience the best of what Canada and Alaska have to offer during this epic, 26-day rail and cruise tour from bustling city of Vancouver to the Niagara Falls.

View package
View all
Home / Canada /
Rockies Express
Entire Travel Group used to be known by the individual brands as shown below. The company has not changed, but we have amalgamated under one brand - Entire Travel Group.