Relax on powder white sandy beaches and dive into crystal clear water as you discover the unspoilt paradise of the Indian Ocean Islands. Encounter exotic animals, jungle-clad mountains and charming little towns, taking in the pristine natural beauty of these exquisite islands.

The Seychelles is paradise on earth. With 115 islands scattered across the Indian Ocean, the Seychelles is just south of the equator. This island destination boasts the world’s most beautiful beaches, rare and exotic plants and animals, and vibrant coral reefs. A relaxing retreat from the world, the Seychelles is a year-round highlight with balmy weather and top resorts.

Highlights of a trip to the Seychelles include exploring the main island of Mahé, Praslin Island with the Vallée de Mai, cycling around picture-perfect La Digue, and getting away from it all to one of the exquisite private islands. The Seychelles boasts one of the most pristine natural environments on the planet. This paired with luxurious tropical hideaways, delicious fresh seafood, and friendly people makes it a romantic’s dream holiday.

Tourism on the island is very well established, and there are plenty of accommodation choices from luxurious private hideaways to all-inclusive family resorts.

Expand Collapse  all
Getting Around

With relatively short travelling times between the islands and/or places of interest, different modes of transportation and with a regular network of air and sea transportation operating out of the principal island, Mahé, moving around in Seychelles is easy and hassle-free.

The 4 main forms of transportation within the islands of Seychelles are buses, car hires, domestic flights and ferries.:

Consult a detailed bus schedule, which can be obtained from the bus depot, for exact departure and arrival times.

Independently operated taxis are available on Mahé and Praslin, and a handful on La Digue. You can hail one from the street, at designated taxi stands or by simply phoning a driver directly.  It is advisable to request a metered ride, or if a particular taxi is not equipped with a meter, quotes should be negotiated and agreed prior to the trip.  Many drivers will take clients on sightseeing tours for a set tariff.

Cars may be hired only on Mahé and Praslin with several companies represented at the International airport on Mahé and at the larger hotels.  A valid E.U. or International licence is required to rent vehicles and most companies will deliver your rental to a location of your choice. Vehicles are driven on the left-hand side.

You can also discover the islands by bicycle, readily available for hire on La Digue and Praslin, where they are a popular mode of transport.

Island-hopping is made possible through a regular network of air and sea transport primarily operating out of the principal island, Mahé.

Air Seychelles operates a shuttle service between Mahé and Praslin, the second largest island. The flight lasts only 15 minutes with an average of 20 return flights every day. Air Seychelles also operates other inter-island flights, usually on the request of hotels to Bird, Denis, Desroches and Alphonse Islands. Also part of the air network is Zil Air, a helicopter charter company which is specialising in island transfers, excursions and chartered scenic flights throughout Seychelles.

How to get around

Around the size of Surrey (45 x 65 kms), everything in Mauritius is within a two hour drive. All vehicles drive on the left, so it’s easy to hire a car or driver. Taxis are stationed at every hotel and car or scooter hire is inexpensive. Minibus excursions pick up from hotels, and most resorts have bicycles, and bicycle tours. Motorised pirogues, glass-bottom boats, catamarans and speedboats get visitors on the water.

Public transport is provided by a number of buses that operate throughout the island. Express bus services run from Port Louis to the north, south and to the main towns.

You can easily get to where you want to be by taxi. All taxis have a yellow square box indicating their route on both sides of their car doors and a taxi sign on top. Taxis are available at the airport, at hotels and are also found at the bus stations.

Car, bicycle and scooter rental services can also be arranged. You can easily traverse the different parts of the island in a car or on a scooter.

If you want to enjoy an aerial view of the island, why not opt for the helicopter ride which can also be arranged prior your trip.

Seychelles, enjoys a low level of crime. Nevertheless, like anywhere else in the world, visitors must always take reasonable precautions as opportunist crime does happen and it can be best described as when an opportunity presents itself and subsequently tempts a person to steal.

It is recommended that routine precautions are taken to ensure your personal safety and to protect your possessions. Most accommodations offer room or reception safes to secure your valuables.

Visitors are advised not to leave their belongings or personal property unattended in rooms, on the beach whilst swimming or visible in cars.

Do not carry large sums of money or valuables on your person. Walking alone on isolated beaches, nature trails or leaving hotel rooms and windows or yachts at their moorings unlocked is not advisable. Always buy your excursions from a licensed operator, your hotel or travel agent representatives can assist you with verification.

Refrain from offering rides to strangers as this may lead to personal belongings in your vehicles being stolen. Always let someone know your whereabouts and expected time of your return.

Safety and security tips for visitors

Just as you need to be aware of your surroundings and personal safety in your home country, you need to be mindful of the following useful advice so as to make your trip in Mauritius as enjoyable as possible.

Tips to ensure personal safety and security in the tourist accommodation

There are 15 annual public holidays in Mauritius. Seven of these are fixed holidays: 1st and 2nd January; 1st February; 12th March; 1st May; 2nd November; and 25th December. The remaining public holidays are religious festivals with dates that vary from year to year. 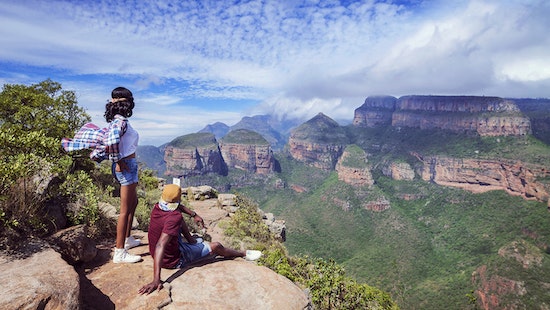 View package
View all
Home / Destinations / Africa /
Indian Ocean Islands
Entire Travel Group used to be known by the individual brands as shown below. The company has not changed, but we have amalgamated under one brand - Entire Travel Group.