2 days with your own private Battlefields Guide

The Dunkirk evacuation, codenamed Operation Dynamo,relates to the evacuation of Allied soldiers from the beaches and harbour of Dunkirk in 1940. See the beaches of Dunkirk and learn more about Operation Dynamo at some carefully selected museums.  On your second day, hear about V1, winged bombs, also known as "Dooglebugs"  and the V2, a streamlined rocket using highly advanced technology. Visit a launch site hidden in the woods and also the largest bunker built by the Nazis, which was intended as a launch site. 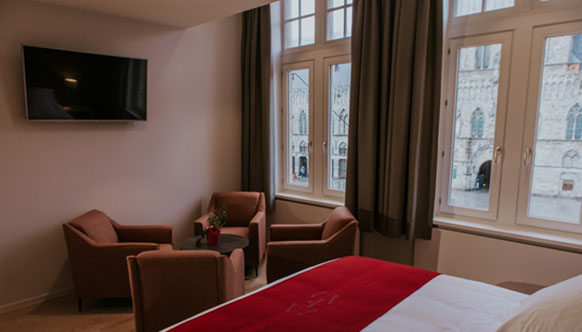 From the suite rooms at the front of the hotel, you can enjoy a fantastic view on the Market of Ypres, with its impressive Cloth Hall and beautiful historic buildings.

* Prices are dynamic based on travel dates. Please proceed to Book Now or contact us for details.
Freedom of Choice

Our Freedom of Choice program offers flexibility, by allowing you to choose from different options on pre-selected days.

Our per person price includes one tour on each Freedom of Choice day, as follows:

Expand the itinerary below for more details.

Please note, if more than one room is selected during the booking process, our team will contact you afterwards to discuss options.

Depart from Ypres at 9.00am and drive towards Zuydcote, a little French town from where most of the 338,000 troops were embarked on the British vessels. See the hospital just as you've seen in the movies, and if visiting at low tide, you can still see the remains of the wreck of the HMS Crested Eagle which was sunk on 29 May 1940.

In Leffrincoucke, we visit the Fort des Dunes, designed by General Séré De Rivières. During WWII, the fort was at the heart of Operation Dynamo.  You'll have time to vist the fort and the Operation Dynamo exhibition.

After lunch, visit the Museum Dunkerque 1940 Operation Dynamo, situated in some remaining parts of the defences of Dunkirk, where the French had their HQ, then see the beach where the movie Dunkirk was filmed.

On the return to Ypres, visit the Wormhout Memorial at Esquelbecq, the site of the Wormhout massacre, where British and French POWs were murdered by Waffen-SS soldiers.

Overnight stay at the New Regina Hotel in a Marketsquare view room. 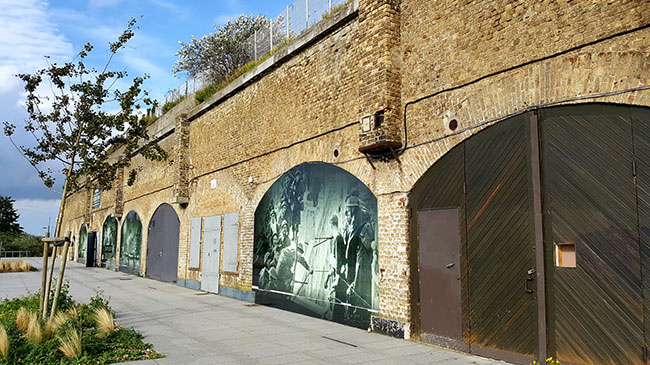 After breakfast, departing Ypres at 9.00am, you'll drive towards Cap Gris Nez. The cliffs of the cape are the closest between France and England, only 34km.  When the weather is clear, you can see Kent!
See some of the bunkers of the Atlantic Wall.

With our pre-selected Freedom of Choice options, you will have the opportunity to chose your visit for the remainder of the morning, the Todt Battery Bunker or the Musée 39-45 Ambleteuse.

Stop for lunch at Audresselles, one of the most beautiful villages in France, known for very good seafood, especially mussels.

After lunch, visit the Blockhaus de Eperlecques, the largest bunker built by the Nazis in Northern France. It was built to be a V2 launch site.

On the road back to Ypres, stop at the ruins of a V1 launch site hidden in the woods, see the ski shaped buildings and the assembly workshops. 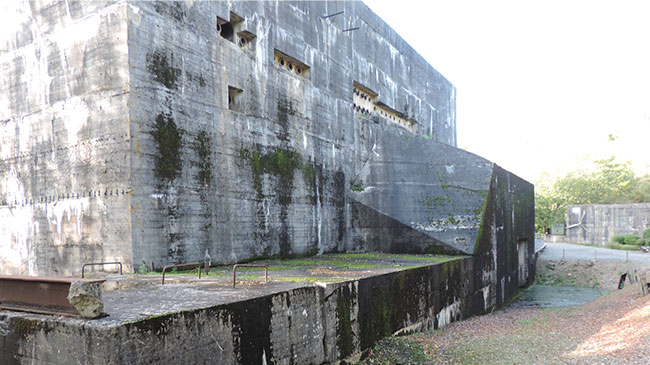 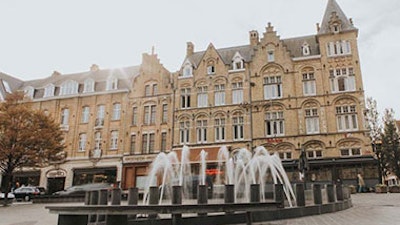 Ypres / Ieper
A 3* hotel right in the historical heart of Ypres, on the corner of the Market Square, and walking distance to the Menin Gate.

From the hotel and restaurant, there is a wonderful view of the Cloth Hall and Flanders Field Museum. All 28 rooms have been completely renovated and stylishly decorated with an eye for detail.

From the suite rooms at the front of the hotel, you can enjoy a fantastic view of the Market Square.  The standard rooms (twin & doubles) overlook the Market or side street.

Are you sure you want to cancel this booking?

2 days
from AUD1,242
per person, twin share
Travelling with kids? Read more
All services are subject to availability.
Complete the steps below, including your agency details. At checkout, you will have two options:

Room Upgrades
Extras
Total
The date you have selected is less than 45 days. Full payment is required at time of booking*

These packages are much more intimate and include a private guide/driver that will be with you throughout the duration of your stay.

Our Freedom of Choice program offers complete flexibility allowing you to choose from a menu of different sightseeing options. The experiences offered are included in the package price, so all that’s left for you to do is choose and personalise your package!

On request, this package may also begin in Lille or Kortrijk (about an hour by train from Brussels).

Want to discover more? Why not combine this with another of our Battlefield tours?  Continue your WWII discovery with a Battle of the Bulge extention or perhaps a WWI tour to Verdun.

Who are Entire Travel Group?

Entire Travel Group is celebrating 50 years of passionately delivering unique and memorable travel experiences. We are an Australian, family owned, award winning business, with a friendly team ready to match your expectations to the perfect holiday package.

What are Entire Travel Group famous for?

Well, put simply - we’re famous for building things. We offer an exclusive range of pre-designed, purpose-built, independent holiday packages full of unique and memorable experiences. The packages are delivered by our global network of handpicked suppliers, who also provide on ground travel support to our clients.

Entire Travel Group is proudly Australian family owned and operated and as it stands today represents 50 years of experience, progress, and evolution. We proudly support the community with our long-term commitment to many important charity organisations. We were awarded the best operator in our class at the most recent National Travel Industry Awards.

Entire Travel Group is ATAS Accredited. ATAS, which stands for AFTA Travel Accreditation Scheme is administered by the Australian Federation of Travel Agents (AFTA). AFTA is the industry body for the Australian retail travel industry. We are also a registered member of the Council of Australian Tour Operators (CATO).

The awards recognise quality and excellence in the Australian travel industry. We were extremely honoured to receive this recognition and we will continue to deliver the best service and value to our customers.

In some cases, we are the sole representative in Australia for the overseas travel operator. In other circumstances the product developed has been exclusively built for Entire Travel Group and can’t be found elsewhere.

Our motto for Independent Holiday Packages is start your holiday when and with who you want!

Our Independent Holiday Packages are NOT group tours with set departure dates. Group Tours have specific set departure dates, and of course, you are travelling with unknown passengers in a coach. These tours are great for certain travellers and there are many reputable tour operators providing a wide range of options around the world.

Our holidays suit every demographic, from couples to singles, to retirees to families and everyone else in between.

Why travel with Entire Travel Group?

Of all the attributes Entire Travel Group offer - we have settled on “Experience” as the one quality we believe adds the most value to our customers. That’s how our tagline “When Experience Matters” came to life and encapsulates our business in three words, as experience does matter!

We have been operating for many years and have the experience to determine what sightseeing, duration and accommodation style makes a great itinerary. Our technology is continually enhanced, giving our team the ability to provide a great customer service experience. Our relationship with our operators is extremely strong, which ensures we are confident of the travel experience and on ground support for our clients.

How does the Peace of Mind Booking Plan work?

Our Peace of Mind Booking Plan allows you to book with confidence in the new international travel environment. With low deposits, a cooling off period and a flexibility period where you can cancel and rebook later, we really do have you covered.

Is there a cooling-off period?

Look for packages with our Peace of Mind Booking Plan logo on the website.

What is Freedom of Choice?

At Entire Travel Group we understand that our customers have their own personal tastes and interests - so throughout our packages look for “Freedom of Choice” which gives you the ability to tailor your holiday from the various experiences offered on selected days. Like a sommelier matching wine to a meal, we have used our experience to carefully select and offer the right experiences in each location.

The Freedom of Choice options are included in the package price, and the price remains the same regardless of the choice you make on each day.

Our Freedom of Choice program offers flexibility, by allowing you to choose from different options on pre-selected days in the itinerary.

What is the Safe Travels program?

This specially designed program allows travellers to recognise governments and companies around the world who have adopted health and hygiene global standardised protocols, so consumers can experience “Safe Travels”.

What is Book Now?

Book Now offers you the ability to make a reservation on our website for Holiday Packages that include our Peace of Mind Booking Plan. But it’s not just a static offer – you have complete flexibility from travel dates, passenger numbers, single supplements, room upgrades, optional extras, flexible booking terms and more.

What happens after Book Now?
How secure is the Entire Travel Group's on-line payment portal?

What forms of payment can be used at Entire Travel Group?
Why do some packages not offer the ability to Book Now on the website?

If a package on our website does not include our Peace of Mind Booking Plan, it will not be available to Book Now.

Due to the boutique nature and limited capacity of some travel experiences offered, they have strict payment and cancellation policies. (e.g., a remote bear lodge in Canada with only a few cabins).

Although technically possible, we have decided that it is impractical for us to try and sell these type of travel services on-line. We believe it is important that such product is discussed, so that we can ensure these strict payment and cancellation policies are understood before we proceed with a booking.

We will advise you prior to confirming your booking if we are acting as agent and we will confirm the details of the principal supplier. Our responsibility to you where we sell travel arrangements as agent for the supplier is specified in the ‘Responsibility’ section of our Booking Conditions.

Can you book my international airfares?

Following customer feedback, we do not include international flights in our holiday packages.

We found that many customers may prefer:

However, we are able to assist, so please just notify us during the Book Now process or contact our team.

Should I take travel insurance?

Travel insurance is strongly recommended. During the Book Now process please confirm you require assistance, and our team will be in contact with you.

What should I do before travelling?

How does a Travel Agent make a booking?

Please visit the Entire Travel Group's Agent Portal. We are here to support our industry partners with a range of informative updates, marketing collateral for campaigns and a reward & recognition program.

How do I start a Booking? 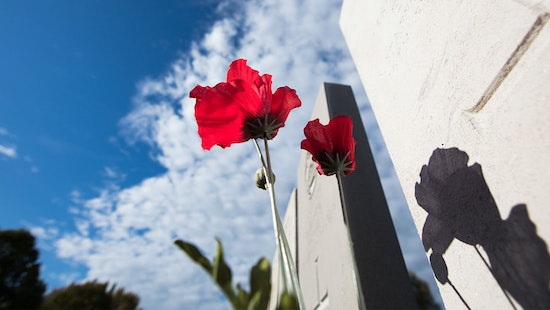 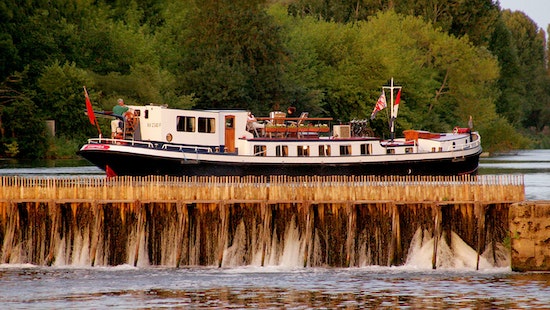 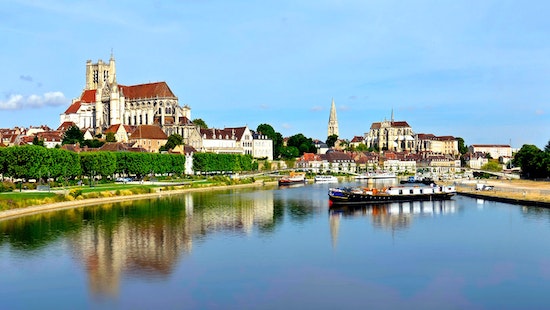 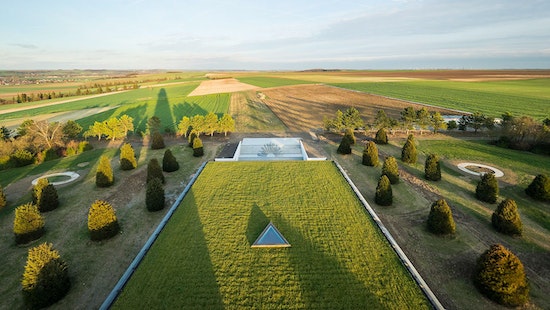 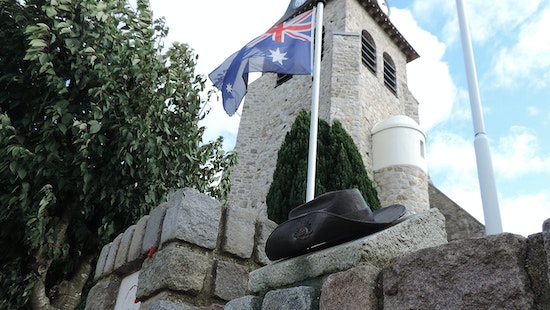 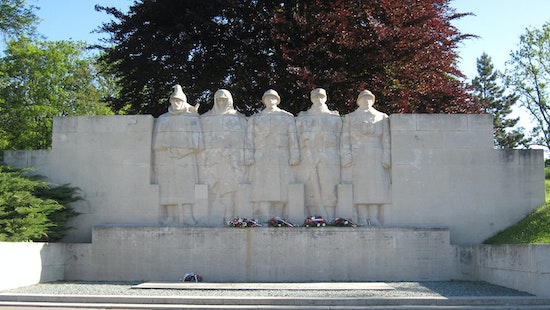 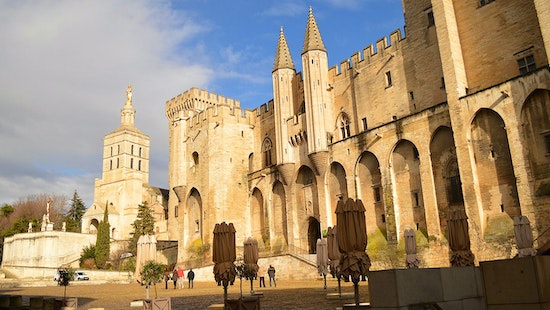