Home / Inspirations /
Live Like a King: 10 Gorgeous Pousadas of Portugal 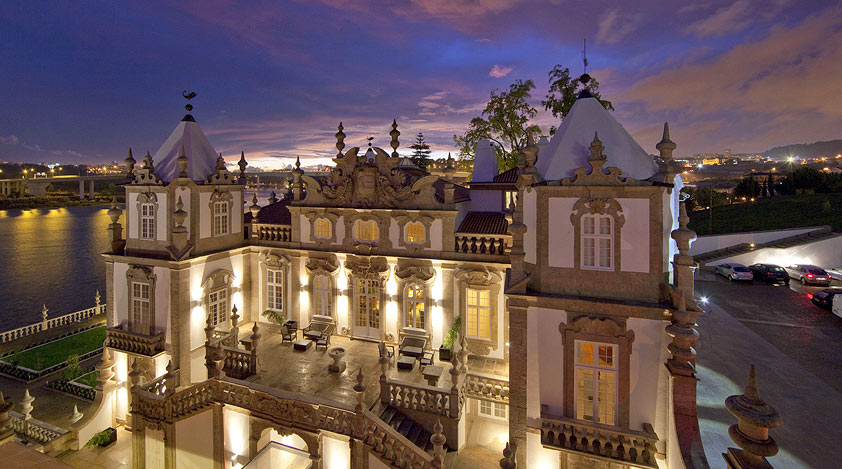 Ever imagined what it was like to be a king, duke or even a lowly baron centuries ago when the crown’s power was absolute in Portugal? Think majestic castles, elaborate banquets, opulent carriages and week-long festivities. Royals and nobles of old sure had it nice and sweet, and for most common folk like us such is the stuff of dreams—but not entirely. Stay in a pousada in Portugal and get a glimpse of the high life of the rich and powerful back then. There won’t be royalty-grade carriages and banquets or long parties anymore, but Portuguese pousadas certainly nailed the ‘majestic castles’ part.

Pousadas de Portugal are a collection of over 40 exclusive hotels located throughout Portugal. Situated in well-preserved or restored castles, monasteries, fortresses and places of natural beauty from north to south, these luxurious and historical hotels elegantly mix architectural heritage and modern comfort, making them worthy tourist destinations themselves. Explore ancient cities, end your sightseeing in centuries-old pousadas and it’s going to be like walking back in time.

To those who have plans to experience living like a king without paying a king’s ransom, here are ten absolutely stunning pousadas that will surely make you feel like royalty.

The Castelo de Obidos is one of the 7 wonders of Portugal.

Because of its enormous historical importance and remarkable medieval features from the 9th century, this pousada deserves the top spot on this list. Pousada de Castelo de Obidos, as the name suggests, is housed inside the Castelo de Obidos, the well-preserved 12th century castle in the heart of the walled town of Obidos and is hailed to be one of the 7 wonders of Portugal. Traditional features and modern facilities tastefully meld together in the pousada to make for wonderful stay. The 14 double rooms and 3 suites feature en-suite bathroom, minibar, cable TV, heating/air conditioning and internet access. For a truly medieval feel, go book one of the rooms that include stone walls, chandeliers and huge four poster beds!

Nothing beats Pousada de Lisboa if it is location you're after!

If you’re looking for a cosy pousada located right smack in the middle of everything Lisbon-related, nothing would rival Pousada de Lisboa with its privileged spot on Praça do Comércio, one of the city’s most famous and busiest squares. The pousada used to be the Ministry of Internal Affairs and features sculptures representing important moments in the history of Portugal. Notice those 13th century litters? Yes, you can sit on them! The pousada has 90 rooms, most of which overlook the Tejo River, a fitness centre, a swimming pool, two bars and restaurant, and a beautiful inner courtyard with a retractable dome.

Luxury is the standard in this 5-star pousada rising on the banks of the fascinating Douro River. The Pousada Palacio do Freixo is situated in a restored 18th century Baroque building considered to be a national monument. Relax in the hotel’s stately public areas and stay in one of its spacious rooms graciously appointed with a separate seating area and luxurious bathroom facilities. Need some sun? Kill some time on one of the sun loungers by the hotel’s huge infinity pool and where spectacular views of the Douro await guests. Want to get pampered? Head to the in-house spa and relax to your heart’s content in its Turkish bath, sauna and heated indoor pool.

The views from the pousada will floor you!

Set high on Mount Sta Luzia and surrounded by the remains of an ancient Celtic Village, this beautifully-furnished pousada mixes early 20th century elegance with views over the old sailing port of Viana do Castelo so spectacular that the National Geographic magazine wrote “Santa Luzia is blessed with one of the world’s finest panoramas, perhaps bettered only by those of Funchal and Rio de Janeiro, both in Portuguese speaking countries”.

The Pousada Viana do Castelo will take your breath away the moment you step onto its palatial lounge area and taste the gourmet regional and international cuisine served in its excellent restaurant. The terrace offers sweeping views of Santa Luzia and beyond, and as for its gorgeous 51 rooms, expect to find an en-suite bathroom, minibar, cable TV and of course, internet access.

Who would have thought this charming hotel used to be a convent.

Convents have the reputation of being stuffy, spartan places but such is so not the case for the exceptionally stunning Pousada de Tavira. Formerly the 16th century Convent of the Cloistered Augustinian Nuns, the magnificent and historic structure features a Baroque staircase and a Renaissance cloister. The convent’s church has been turned into multi-purpose function room where you can hold meetings, conferences and even weddings! History lovers would also love exploring the ancient Moorish town of Tavira which was once a Phoenician village, a Roman town and a vital city under the Moors. In fact, numerous archaeological Islamic traces were unearthed during the restoration of the convent and which can now be seen from the bar.

Don't let the humble exterior fool you into thinking there isn't much about this pousada.

Housed in the former Convento dos Lóios marked by vaulted ceilings and arched corridors, this wonderful pousada has a palpable historic air despite the contemporary rooms surrounding its charming cloister. Want to know what it’s like to sleep in a cell? The rooms in the Pousada Convento de Evora used to be the old cells of the monks, all renovated to provide the utmost level of comfort without any of its original and historical features. For authentic Portuguese dishes, dine in the in-house restaurant which also features a covered terrace near the pool. To those who like the adrenaline of the outdoors, the 24-hour reception arranges hikes and riding trips.

Pousadas can’t get any more historical than this. Located in ancient 12th century Augustinian monastery in the city known to be the birthplace of Portugal, the majestic Pousada Mosteiro de Guimaraes provides modernity in its facilities and serves as a luxury accommodation while still retaining its original character. It overlooks the town and features plenty of the famous Portuguese azulejos (tiles), some of which date back to 1747. Around 22 of its 51 opulently furnished rooms were formerly the cells of the monastery’s monks, and its grotto, granite fountains and cloisters are great areas to explore on a lazy afternoon. Fancy a quick dip? The pousada’s swimming pool isn’t only a great place to chill on a hot day but also a good vantage point for breathtaking views of the town. The medieval town centre of Guimaraes, a UNESCO World Heritage Site, is a mere two kilometres away from the hotel.

This luxurious hotel was the former convent of Nossa Senhora de Esperanca (Our Lady of Hope), offering excellent facilities while retaining its ecclesiastical origins. There’s an 18th century chapel inside the pousada and all its 24 rooms were named after the friars who used to live in the convent. The woodland surrounding the pousada also hides an original amphitheatre. With panoramic views of the Serra de Estrela mountain range, the Pousada de Belmonte is also the best base for exploring the interesting of Belmonte where one will find an old Jewish quarter and a 13th century castle.

The Citadel used to be a favourite summer retreat of the royal family.

Set within the walls of the 16th century Citadel in the centre of coastal Cascais, the Pousada de Cascais recalls a time when French, English and Arab pirates terrorize the Portuguese coast. The Citadel was also the favoured residence of the royal family during the summer. Plenty of the hotel’s 126 rooms are situated in what used to be the fortress’s military barracks while others afford enthralling views of the sea or the expansive inner courtyards, but all have en-suite bathroom, internet access, air conditioning and all creature comforts that can be expected of a 5-star accommodation. Tasteful and modern decoration, a luxury spa, a swimming pool and spacious common areas also await travellers, not to mention the lulling sound of the ocean and the riveting views of the marina and the nearby Castle of the Moors.

The pousada is unmistakable with its pink facade.

Famous for its Neo-Baroque and Neo-Rococo features, this palace turned pousada is a must when visiting the sleepy but attractive town of Estoi, the capital of Algarve. The 19th century Palácio de Estoi was in ruins only a few years ago, but is now restored to its former grandeur, showcasing a grand exterior, pink facade and impressive Versailles-style gardens open even to non-hotel guests. Once inside, don’t forget to look up! The pousada’s plaster ceilings are considered the finest in the region. That, coupled with the original wall paintings and antique furnishings, will surely charm the inner royalty in you. For relaxation, enjoy a hot drink surrounded by beautiful landscape in the two tea pavilions or unwind in the hotel’s luxury spa and heated swimming pools. If you’re more of a beach bum, go take your pick from the many wonderful beaches located only minutes away from Estoi. 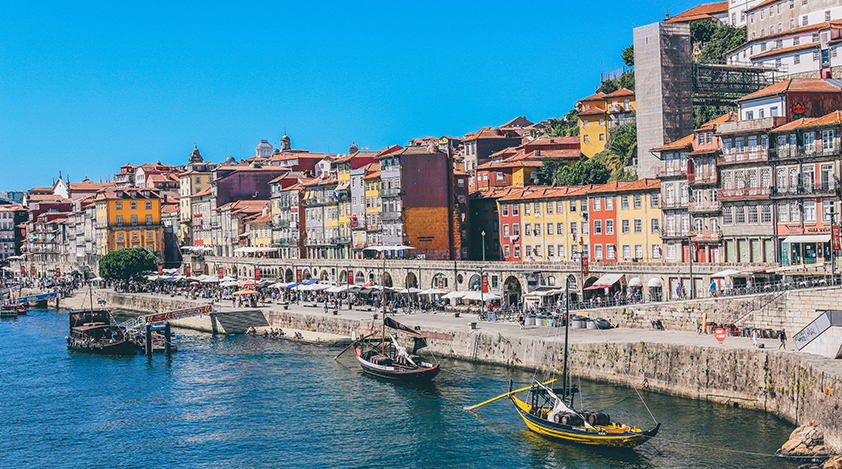 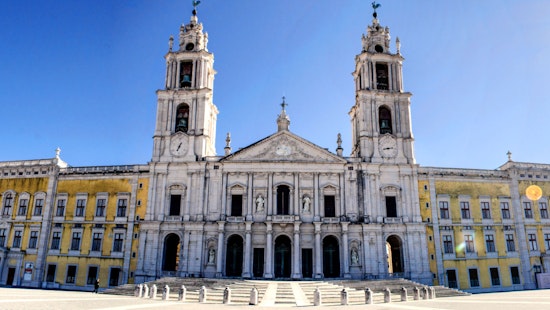 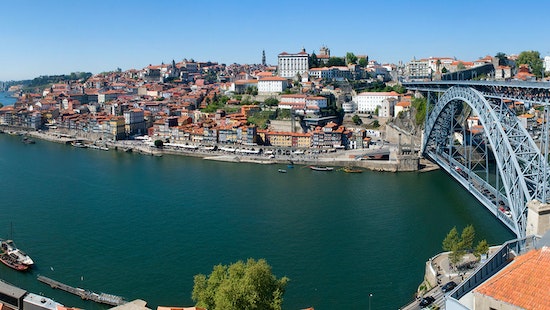 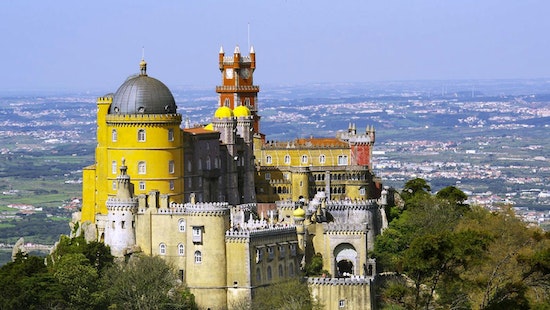