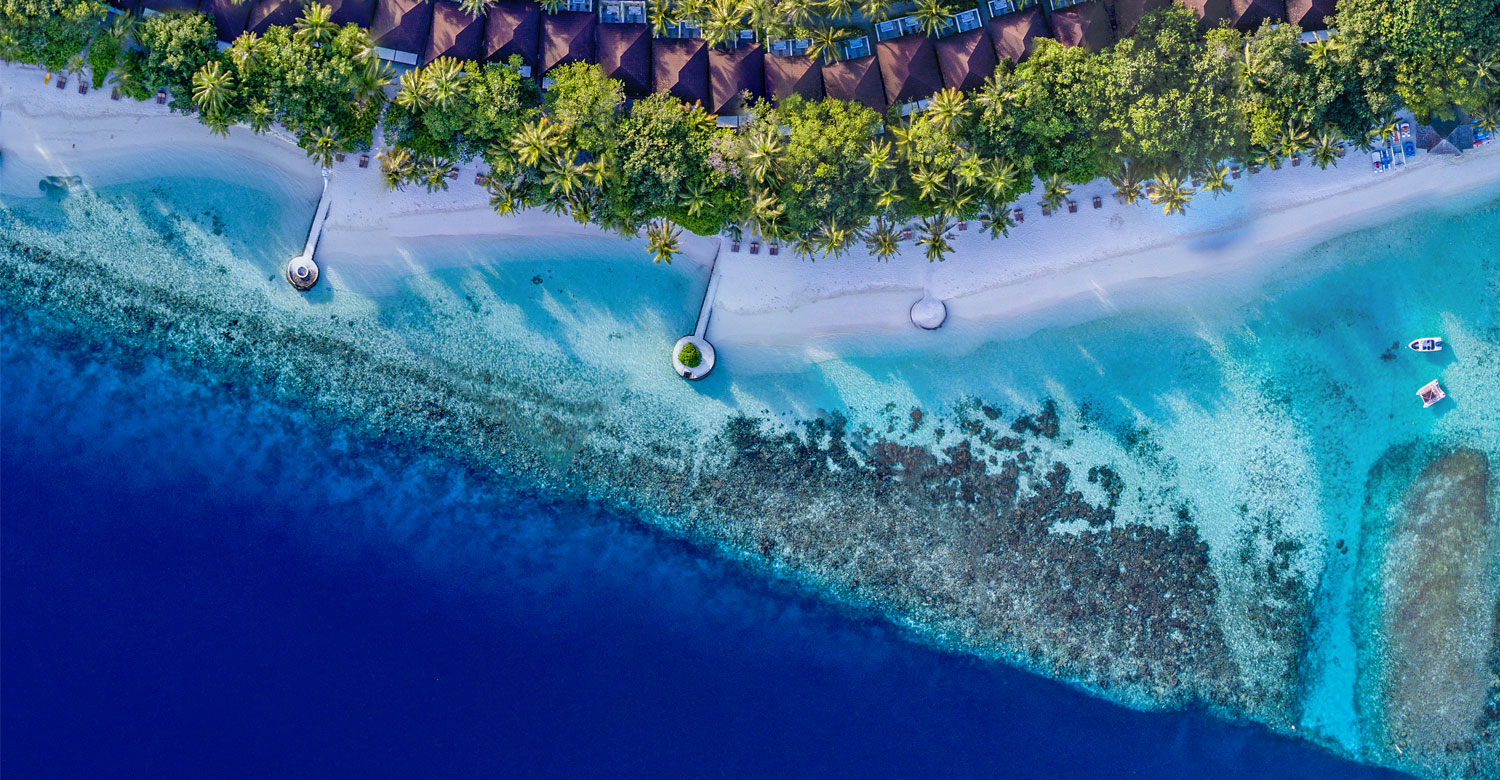 2. Entry is open only to legal residents of the Eligible States/Territories who satisfy the Method of entry. Directors, officers, management, employees, suppliers (including prize suppliers) and contractors, persons linked to the travel industry (excluding travel agents who are eligible) and the immediate families of directors, officers, management, employees, suppliers and contractors of the Promoter and of its related bodies corporate, and of the agencies and companies associated with this Promotion, including the competition permit providers TPAL (Trade Promotions and Lotteries Pty Ltd) are ineligible to enter. Immediate family means any of the following: spouse, ex-spouse, child or step-child (whether natural or by adoption), parent, step-parent, grandparent, step-grandparent, uncle, aunt, niece, nephew, brother, sister, step-brother, step-sister or first cousin.

4. The Prize/s are specified in the Details of prizes section of the Schedule.

5. The total prize pool is specified in the Total prize value section of the Schedule.

6. Any prize is valued in Australian dollars unless expressly stated to the contrary.

7. All vouchers are valid until the expiry date stated on the voucher or by the provider of the voucher.

8. Entrants agree to comply with any conditions which accompany the Voucher.

9. Neither the Promoter nor the voucher provider is liable for any voucher that has been stolen, forged, lost, damaged or tampered with in any way.

10. Entrants are advised that tax implications may arise from their prize winnings and they should seek independent financial advice prior to acceptance of their prize(s). The Promoter accepts no responsibility for any tax implications that may arise from accepting a prize. Entrants are responsible for any and all expenses that they incur in entering the competition and they will not be reimbursed regardless of whether or not they win the competition.

11. The entrants must follow the Method of entry during the Promotion period to enter the Promotion. Failure to do so will result in an invalid entry. The Promoter will not advise an Entrant if their entry is deemed invalid.

12. The time of entry will be deemed to be the time the entry is received by the Promoter.

13. Entrants may submit up to the Maximum number of entries (if applicable).

14. The Promoter accepts no responsibility for any late, lost, delayed, incomplete, incorrectly submitted, corrupted, illegible or misdirected entries, claims or correspondence whether due to omission, error, alteration, tampering, deletion, theft, destruction, disruption to any communication network or medium, or otherwise including those entries not received by the Promoter for any reason. The Promoter is not liable for any consequences of user error including (without limitation) costs incurred. No correspondence will be entered into.

15. Any entrant found to have used a third party (including online competition entry site) to enter on their behalf will have all entries invalidated and any claim they have to any prize will be invalidated. If such an entrant is awarded a prize and then found to have breached this clause, the entrant must immediately return any prize awarded. The Promoter has sole discretion to determine if this clause has been breached by any entrant. The Promoter reserves the right to request whatever documentation it deems necessary to confirm if the entrant has breached this clause. An entrant must provide any requested documentation to the Promoter upon request. The Promoter reserves the right to disqualify any entrant who provides false information or who seeks to gain an unfair advantage or to manipulate this competition.

17. The winner does not need to be present at the draw unless expressly stated to the contrary.

18. The winner(s) will be notified in accordance with the Notification of winners and Notification of unclaimed prize winners (if applicable) sections of the Schedule. Notification to winners will be deemed to have occurred on the later of the time the winner receives actual notification from the Promoter or two business days thereafter. The notification will include details about how the prize(s) can be claimed.

20. It is a condition of accepting any prize that the winner must comply with all the conditions of use of the prize and the prize supplier’s requirements. Each prize must be taken as stated and no compensation will be payable if a winner is unable to use the prize as stated. Redemption of prizes are subject to the Promoter’s terms and conditions at the time of booking and are only redeemable directly with the Promoter.

21. The winner(s) name and state/territory of residence will be published in accordance with the Public announcement of winners section of the Schedule (if applicable).

23. To the greatest extent permitted by law, the Promoter excludes all warranties, representations or guarantees (Warranties) regarding the Promotion and any prizes, including any Warranties which may have been made in the course of advertising or promoting the Promotion. The conduct of the Promotion or the supply of prizes may involve third parties, and the Promoter makes no Warranties and disclaims all liability in connection with any such third parties, their acts or omissions. By entering the Promotion, an entrant releases and indemnifies the Promoter and its related bodies corporate (including the officers, employees and agents of each) from and against all actions, penalties, liabilities, claims or demands the entrant may have against the Promoter or that the Promoter may incur for any loss or damage which is or may be suffered or sustained as a direct or indirect result of an entrant entering or participating in the Promotion or winning or failing to win a prize, or using or permitting any other person to use the prize, except for any liability which cannot be excluded by law or which would cause any part of this clause to be void or unenforceable.

25. Without limiting any of the foregoing, in no circumstances will an entrant or the Promoter have any liability to the other for any loss or damage suffered which is indirect or consequential in nature, including without limitation any loss of profit, loss of reputation, loss of goodwill, or loss of business opportunity.

26. The Promoter and its associated agencies and companies will not be liable for any delay, damage, or loss in transit of prizes.

27. The Promoter may in its absolute discretion not accept a particular entry, may disqualify an entry, or cancel the entire Promotion at any time without giving reasons and without liability to any entrants, subject to any written directions from a regulatory authority. Without limiting this the Promoter reserves the right to verify the validity of entries, prize claims and entrants and to disqualify any entrant who submits an entry or prize claim that is misleading or not in accordance with these Terms of entry or who manipulates or tampers with the entry process. In the event that a winner breaches these Terms of entry, the winner will forfeit the prize in whole and no substitute will be offered. Verification is at the discretion of the Promoter, whose decision is final. Failure by the Promoter to enforce any of its rights at any stage does not constitute a waiver of those rights.

28. The Promoter reserves the right to request winners to sign a winner's deed of release (and indemnification) or any other relevant forms or agreements that the Promoter deems necessary, to provide proof of identity, proof of age, proof of residency at the nominated prize delivery address and/or proof of entry validity (including phone bill) in order to claim a prize. Proof of identification, residency, age and entry considered suitable for verification is at the discretion of the Promoter. In the event that a winner cannot provide suitable proof, the winner will forfeit the prize in whole and no substitute will be offered.

30. In the case of the intervention of any outside act, agent or event which prevents or significantly hinders the Promoter’s ability (or that of a third party involved with the Promotion) to proceed with the Promotion on the dates and in the manner described in these Terms of entry, including but not limited to vandalism, natural disasters, acts of God, civil unrest, strike, war, act of terrorism, catastrophe, the Promoter’s obligations in respect of the Promotion will be suspended for the duration of the event and, in addition, the Promoter may in its absolute discretion cancel the promotion and recommence it from the start on the same conditions, subject to approval of the relevant authorities.

31. All entries become the property of the Promoter. As a condition of entering into this Promotion, entrants agree to assign all their rights in and to their entry and any related content to the Promoter, including any copyright or other intellectual property rights in the entry and related content. Without limiting this, the Promoter may use entry content for any and all purposes including commercial purposes. You warrant that entry content is original, lawful and not misleading and that the Promoter’s use of such content will not infringe the rights of any third parties. The Promoter has no obligation to credit you as the author of any content submitted and may otherwise do any acts or omissions which would otherwise constitute an infringement of any moral rights you may have as an author of content.

32. Entrants consent to the Promoter using the personal information provided in connection with this promotion for the purposes of facilitating the conduct of the promotion and awarding any prizes, including to third parties involved in the promotion and any relevant authorities. In addition to any use that may be outlined in the Promoter’s Privacy Policy, the Promoter including third parties may, for an indefinite period, unless otherwise advised, use the private information for promotional, marketing, publicity, research and profiling purposes, including sending electronic messages or telephoning the entrant.

33. The collection and disclosure of personal information provided in connection with this promotion will be handled in accordance with the Promoter's Privacy statement which adheres to the Privacy Act 1988 (cth) and Australian Privacy Principles.