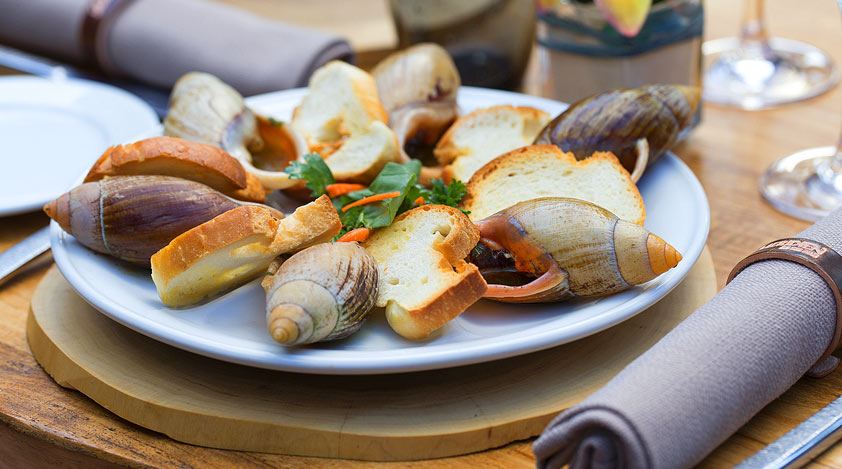 New Caledonia sure does look the part of a tropical paradise—turquoise lagoon, white-sand beaches, swaying palm trees, turtles and manta rays chilling in the waters—but what most people fail to realize is that this South Pacific archipelago is one huge wonderland for foodies. The archipelago is home to Melanesian, Wallisian, Asian, Tahitian and French communities, and such cultural medley is quite evident in the fusion cuisine prevalent in New Caledonia. Classic French dishes are reinvented with tropical ingredients and exotic, local spices. Thanks to the surrounding lagoon, the rural “cowboy country” in the west and the colourful Kanak culture in the east, New Caledonia is a hotbed for exciting, delectable creations that introduce a wide range of new flavours sure to tease even the most particular of taste buds.

To help you get going on the archipelago’s exciting culinary scene, we’ve rounded up the most unique and highly-suggested gastronomic experiences that anyone visiting New Caledonia should not miss. If “cooking and eating in a foreign country may be the surest, truest way to its soul” as Luke Barr once said, then this list is your expressway to New Caledonia’s “soul”.

Bougna is perhaps the most traditional of all traditional Melanesian dishes and if there’s one dish you MUST try, this is it. Bougna is a feast dish of the Kanak people and if you happen to stay with a tribe, chances are you’ll be invited to take part in its preparation. The dish is often a combination of taro, yam, banana, sweet potato and pieces of chicken, prawns, crabs, fish or lobster drizzled with coconut milk then wrapped in banana leaves. The bougna, derived from the Drehu word “puhnya” which means pack or bundle, is then steamed for about two hours in a traditional ground oven heated by red-hot rocks. Bougna also vary a lot and do not be surprised to find some bits of flying foxes alongside the chicken or prawns.

Yes, you read that right. Bat stew. Batman won’t be happy about this but Civet de Rousette is a favourite dish among the locals in New Caledonia. It might not sound quite appetizing and out of all the must-try foods in New Caledonia this is the one that will definitely take some guts to swallow, but get over that and who knows you might end up asking for seconds! The Kanak peoples cook the bats without removing the fur, the idea being that the stomach would still contain the fruits the bats had feasted on and thus enrich the taste. Don’t worry. You don’t have to go tribal on this one (unless you want to) since New Caledonians prefer to take the fur off, marinate the meat in red wine sauce and roast it. So, what is it like? Well, the stew packs a punch in terms of flavours and the meat is said to be lean, but don’t take our word for it. Go have a bite! Take note though that it is illegal to sell bats in the market or in restaurants and the only time catching them is allowed is in April when they are done nursing the young.

Ah yes, the famous bulimes! New Caledonia eat lists won’t be complete without the much sought-after snails from the Isle of Pines. These large snails can only be found in the idyllic Isle of Pines, living amidst the island’s pine forests and harvested by the locals. It’s quite difficult to bring them over to the main land so you might want to take a trip to the Isle of Pines for a really good escargot experience. The island alone is also worth the trip, what with its crystal waters, towering pines and rich marine life that keeps snorkellers coming back. The escargots are often cooked in traditional French fashion—simmered in garlic and wine—and found in most restaurants in the Isle of Pines. Head to Le Meridien’s La Piroge Restaurant if you want a taste of the delicious escargots stuffed with parsley and garlic butter.

There’s always room for dessert, sure, but in New Caledonia, you’ll make it a point to save some room for poe! Pronounced as “poe-ay”, this is New Caledonia’s take on pudding. The sweet gelatinous dessert is usually made of banana or pumpkin smothered in thick coconut cream. The texture is reminiscent of rice flour dessert and is quite delicious.

The Javan Rusa Deer is considered a major pest in New Caledonia’s main land, Grand Terre, and deer hunting is a popular sport especially from July to October. No surprise then that venison is one of the top New Caledonia dishes and there is more than one way to enjoy it. Le Refuge du Cerf is a good place to start if you want to have a taste of the venison. You’ll find venison turned into a ragout, stewed or made into skewers. It is also included in salads a lot of times and you'll even see venison sausages everywhere.

Vanilla lovers, hear hear! New Caledonia’s Lifou Island is your heaven and where you’ll find vanilla in all its glorious forms. The quality of the vanilla beans from Lifou is praised all around the world that New Caledonia couldn’t help but hold a festival in its name. The annual Vanilla Festival happens in October, a three-day affair filled with music, traditional performances and lines of stalls showcasing vanilla. If time permits, visit the vanilla plantations in Lifou where the Mou tribe, the solid experts in vanilla cultivation, is happy to educate visitors on anything vanilla-related.

If New Caledonia has a national beer, it is Number One. You might think the name is a bit daring, but visit New Caledonia and you’ll see that it really is the number one in terms of popularity. You’ll find this distinctly sweet beer sold in cans or on draught in restaurants, supermarkets, bars, hotels…everywhere! Havannah and Manta are close rivals, but they’ve still got a long way to go to knock Number One off its throne. Gastronomy in New Caledonia also features kava and mixed rums, but beer still remains the most popular alcoholic drink. 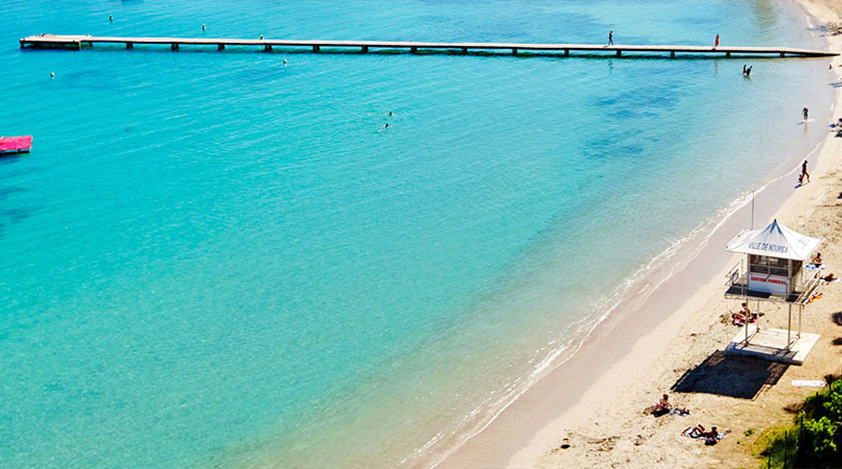 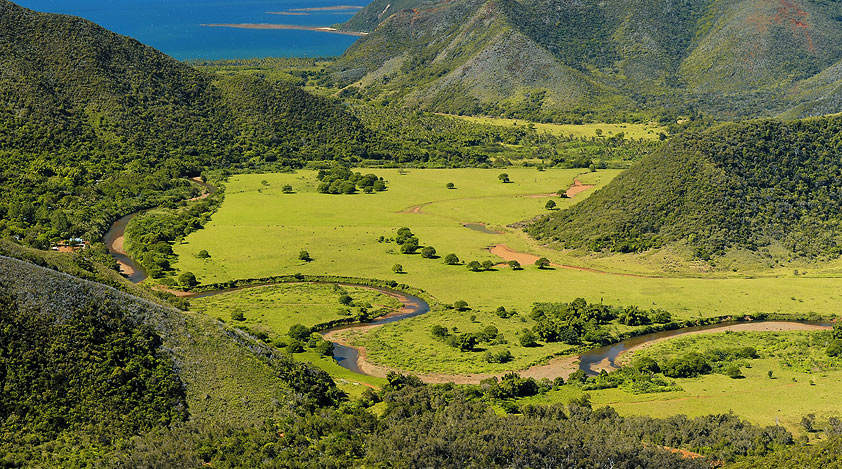 Islands A Trip To The Far North of New Caledonia 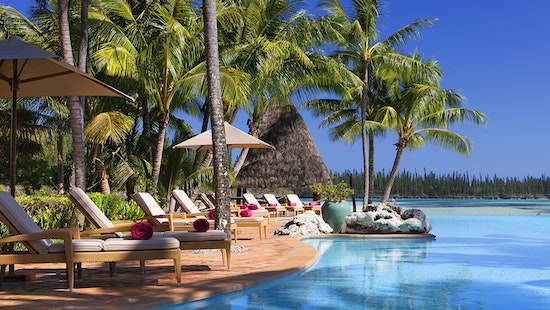 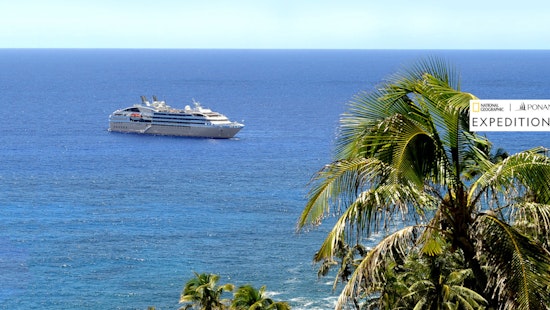