Home / Inspirations /
Explore the different regions to visit in Japan

Explore the different regions to visit in Japan 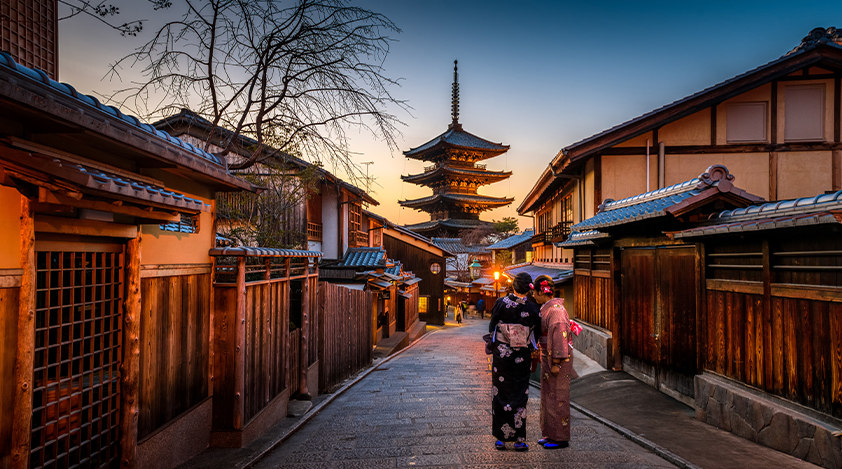 A business and cultural megacenter that's home to tens of millions of people, Tokyo is also the crossroads where the Japanese interact with citizens from all over the world. The media love to focus on Harajuku's vibrant fashion, robot restaurants, maid cafes and the passionate uberfans known as otaku. As fast-paced as Tokyo’s innovation is, the metropolis is just as devoted to preserving tradition through its historical gardens, shrines and temples.

Known for its extreme attention to detail, Japan's capital is home to some of the best Japanese food in the country, with 234 Michelin-starred restaurants—more than any other city. Whatever your cultural interests are, Tokyo is likely to have you covered. Home to many world-class art galleries and museums, staggeringly diverse nightlife options and cutting-edge technology, you'll never be stuck for things to do or places to go in Tokyo.

Tokyo has four distinct seasons. Tokyo in the spring is mild followed by hot and humid summers punctuated with typhoons. Autumn in Tokyo is cool and fresh, followed by cold winters. Snow is rare but has been known to fall in the first few months of the year.

Osaka is only a short shinkansen ride from Tokyo, but has a very different personality to Japan's capital city. Hop off the bullet train into an area of exciting nightlife, delicious food and straight-talking, friendly locals.

Along with plenty of shopping and modern attractions, Osaka also has a historical side, the highlight of which is Osaka Castle. The castle is a great place to discover more about Japanese history and to wander the beautiful grounds, especially during cherry blossom season in April when the sakura blooms and the weather is often at its best.

Kyoto City attracts millions of local and international visitors each year looking for traditional Japanese culture. Temples and shrines such as Kiyomizudera Temple and Kinkakuji draw lots off attention from visitors, as do the bamboo groves of nearby Arashiyama.

Stay in a traditional ryokan, take a dip in a rejuvenating onsen, and enjoy the seasonal changes of cherry blossoms and brilliant autumn foliage. Kyoto's magic is only a short bullet train ride from Tokyo.

Beyond the city lie Kyoto Prefecture's many attractive rural areas. In the north, Amanohashidate has long been considered one of Japan's three most scenic places. Nestled in the mountains, Miyama is one of the last towns with thatched-roof farmhouses, many of which are still inhabited. Enjoy delicious local vegetables and the famous green tea grown in Uji.

The city of Hiroshima is a great place for trekking through dense forests and enjoying natural hot springs. Discover quaint towns like Onomichi and Tomonoura or enjoy golden beaches, the islands of the Seto Inland Sea, and the iconic Itsukushima on Miyajima—the floating shrine with a red gate set in the sea.

Hiroshima's other World Cultural Heritage site, the Atomic Bomb Dome, and its surrounding memorial park are monuments to peace. Hiroshima is also famous for savory okonomiyaki pancakes, anago or saltwater eel, and other culinary delights. Hiking, cycling, ocean sports, and skiing are all popular outdoor activities.