Legend & Luxury: The Paradores of Spain 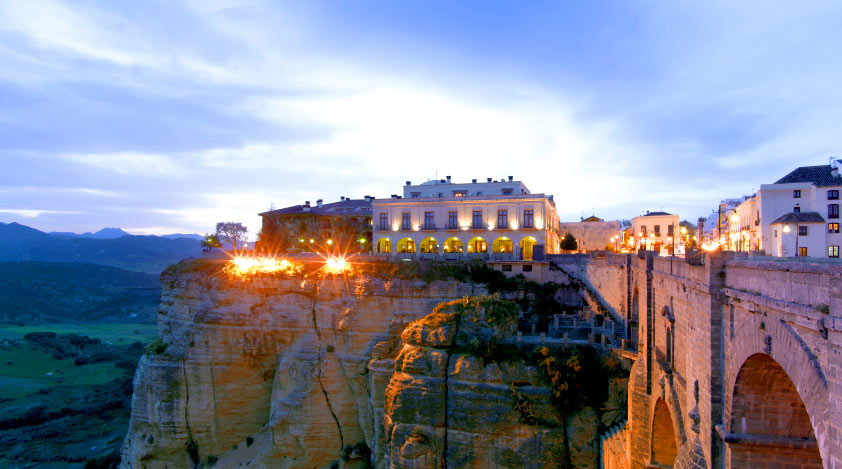 Past and present meld together beautifully in Spain’s gorgeous paradores. When the Spanish government tasked the Marquis de la Vega Inclan in 1910 to create a hotel infrastructure to house travellers, they actually kick-started a national effort to save properties from ruin and abandonment. The first parador, Parador de Gredos, was born in 1928, marking the beginning of the line of Spanish paradores created from rescued historical-artistic monuments.

Set in restored castles, convents and monasteries, citadels, palaces and other historic buildings, Spanish paradores are pockets of legend and luxury offering travellers glimpses of what life was like for the religious sector and top tier of Spanish society back in the old days. Stepping into a parador is stepping back in time. Really, the buildings are so wonderfully restored it’s not hard to imagine archers shooting arrows from the ramparts, monks loitering the vaulted hallways, nobles gathering for an evening entertainment, or soldiers walking briskly in the galleries that often have their suits of armour on display today. Recent additions to the line of paradores are hosted in modern buildings, but the magnetic charm still lies in the ones located in ancient edifices and no surprise there! There’s not a lot of people who would choose a super modern room over a chance to sleep like a king in a centuries-old castle.

From Galicia to Andalusia, Spain is peppered with paradores anyone will be glad to stay in. Here’s our top choices for the best paradores in Spain to help you take your pick!

Adding to the old world charm of Obradoiro Square, the luxurious Parador Hostal Dos Reis Catolicos or simply Parador de Santiago near the cathedral is a seamless blend of history, art and dreams of pilgrims. Originally built in 1499 as a royal hospital to shelter pilgrims coming to Santiago, this palatial parador is allegedly the oldest hotel in the world where you’ll find four captivating cloisters, fabulous guest rooms and a grand dining room where Galician-style dinners await guests. Save some room for the hotel’s crème brûlée and the classic apple filloas (crêpe). Do check out the garden too! It’s not big but its old world charm is delightful.

When you’re given the opportunity to spend the night in a millennium-old fortress defending the Spanish boundaries, you just can’t say no. Occupying a 10th century castle known as the Castle of Charles V, the elegant Parador De Hondarribia retains its original appearance and atmosphere of a medieval fortress while ensuring that interiors are tastefully renovated. Massive bare stone walls frame the courtyard where you can relax, glass of wine in hand. The coffered ceilings, wrought iron, graceful arches, suits of armour, cannons and spears adorning the hotel’s spaces are bound to delight you, not to mention the arresting views of the French coast and the sea just outside the windows and charming terrace.

Situated on a headland in a 9th century fortified enclosure, the beautiful Parador de Cardona is a truly medieval castle overlooking the stunning town of Cardona. Its thick walls, fosses, towers and gothic touches tell centuries of history and its bedrooms with canopy beds and rich fabrics can’t help but make guests feel like royalty. Look at the castle from afar and with its fantastical setting and medieval façade, it will be like looking at a scene straight out of fairytale. While there, visit the lovely church and the Minyona tower, or set off on one of the many hiking and cycling trails nearby. Wake up to sweeping views of the town and the Cardoner River, and have an authentic taste of Catalonia in the Cardona’s medieval dining room.

Blanketed with ivy and perched above the River Agueda, the Parador de Ciudad Rodrigo is an enchanting base for soaking up Salamanca’s vibrant culture and the sensational charm of Portugal’s historical villages. The parador was once a castle of Henry II of Trastámara and with the extremely historic Ciudad Rodrigo surrounding it, history lovers are likely to discover wonders in or out of the castle. Play some tune in the hotel’s beautiful piano and sample traditional Salamanca cuisine in its marvellous dining room adorned with stone arcades, or walk the walled city’s streets lined with aged palaces and stately homes and laze around the Plaza Mayor where you’ll find the city’s imposing cathedral. If you’re looking for a different experience, the Douro River is not far and a boat ride along its gentle waters is sure to be memorable.

Rising in a lofty location in Cerro del Emperador with spectacular views of the Imperial City of Toledo, Parador de Toledo is number 1 on the list of the travellers who want to admire the World Heritage City while relaxing on a recliner by a swimming pool. You’ll encounter Mudejar rugs and tiles complementing contemporary furnishings splendidly, and the parador’s staircases and wooden beams and railings all give that air of timeless opulence. Cool down in the outdoor swimming pool or watch the sun go down in one of parador hotel’s terraces. At night, Toledo comes alive with the illuminated buildings in the old quarter. You would not want to miss that view!

If there’s a standard for tourism and gastronomy in the UNESCO-listed town of Caceres, it will be Parador de Caceres. History will assault you the moment you enter the city through Arco de la Estrella (Star Arch), all the way to the city’s old quarter where the palatial Parador awaits you. Amble through the cobbled streets of Cáceres where you’ll pass by churches, house-fortresses and the remnants of the city’s Arab walls. You’ll then come to the Parador de Caceres housed in a 14th century stone palace and although renovated, it magnificently retains its original features including the antique furnishing and vaulted ceiling. Don’t let the ancient appearance fool you into thinking you’ll have to go Spartan while staying in the hotel — it is fully equipped with heating and cooling control systems, flat-screen TVs, LED light bulbs and everything that can be expected of modern technology.

Beauty, tranquillity, exquisite cuisine and jaw-dropping scenery come in a sumptuous package that is Parador de Carmona. Occupying the Alcázar del Rey Don Pedro, a 14th century Arab fortress standing high above the town of Carmona, the parador is witness to the civilizations and battles that moulded the region to what it is today. Moorish architecture is quite evident in this Spanish parador’s vaulted ceilings, arched galleries, stunning central courtyard, extensive terraces and original stonework. Antique collectors will also not miss the old furniture and tapestries that fill the citadel’s spaces. There’s also the Sevilian tiling that will probably have you gazing down from time to time.

Housed in Ronda’s former Town Hall and in a privileged position next to the iconic Puente Nuevo bridge, Parador de Ronda is a sweet piece of history and luxury overlooking the 120-metre deep El Tajo Gorge. It provides the most spectacular views imaginable of the gaping gorge and the Tagus River, best enjoyed while nursing a cup of coffee in the hotel’s tastefully decorated terrace. The in-house restaurant boasts Andalusian specialties and the bright, spacious rooms are decorated with colourful fabrics sporting vibrant tones of blue, yellow, green and red. You can forget the deep-cushioned furniture and the luxurious bed though, because chances are you’ll be spending lot of time taking in the amazing views of the yawning ravine and surrounding landscape from your own balcony. Yes, that’s right. Most rooms in Parador de Ronda have a private balcony and since the main lure to the hotel are the views, that balcony is going to eat much of your time.

Standing sentry on top of the Santa Catalina hill, the 18th century stone Arab citadel turned parador dominates the horizon and welcomes guests as they approach Jaén. Parador de Jaén will take you back in time with its beautiful, tiled floors, huge stone walls, wooden beams, and arched ceiling vaulting as high as 20 metres. This Spanish parador is the best departure point for discovering the wonders of Renaissance Andalusia. Wind your way through Jaén’s Old Quarter to the impressive Nuestra Señora de la Asunción Cathedral or the Arab baths, the most important and largest in all of Europe. You can also just soak up the sunshine relaxing by the outdoor pool, or taste the region’s varied salads and soups in the parador’s distinctively Arabic dining room. 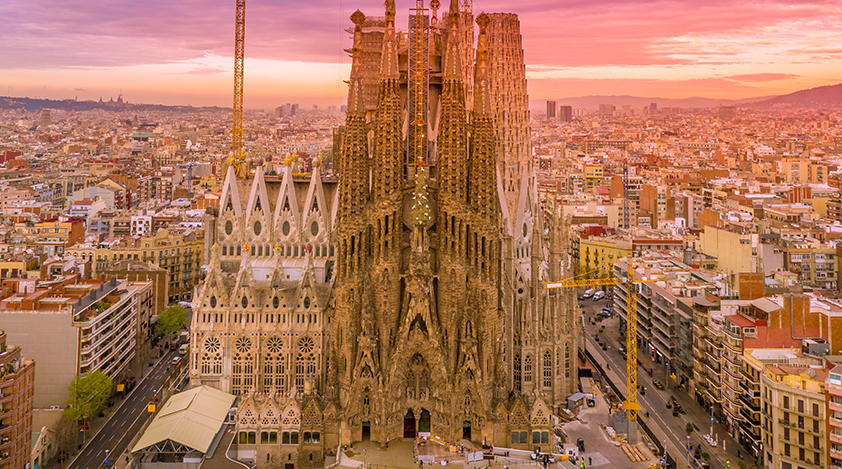 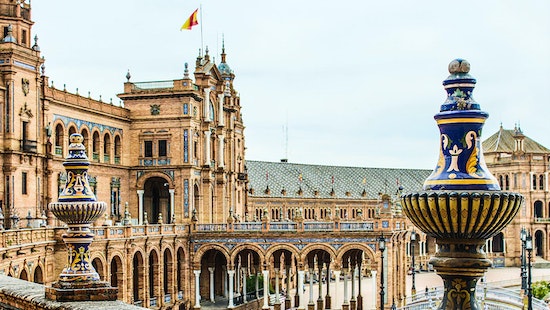 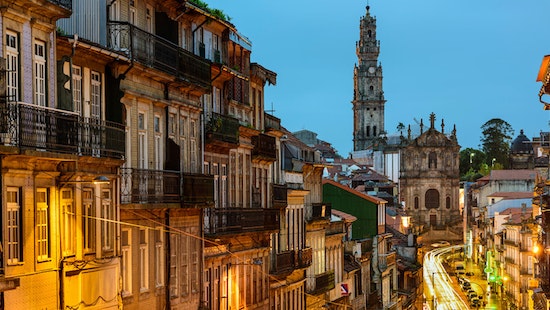 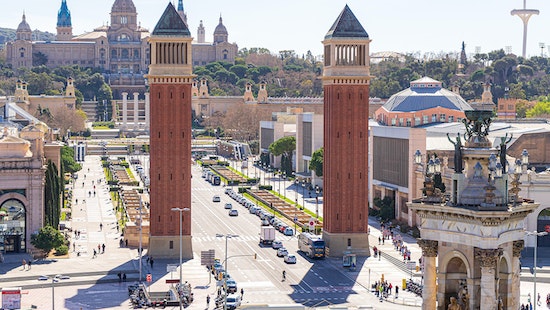 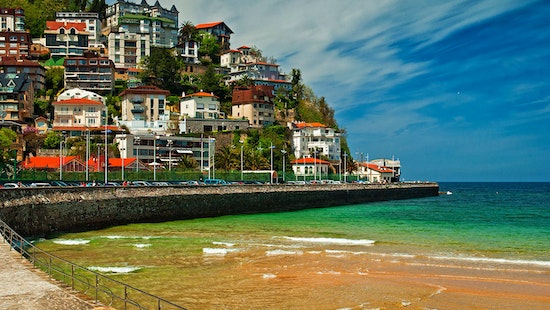 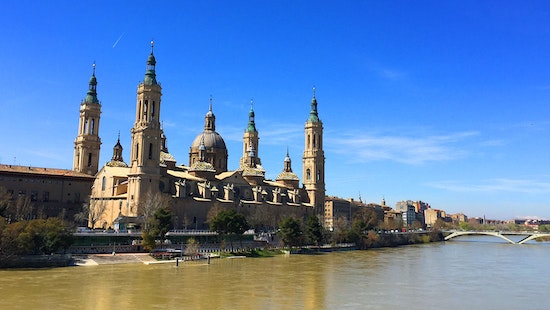 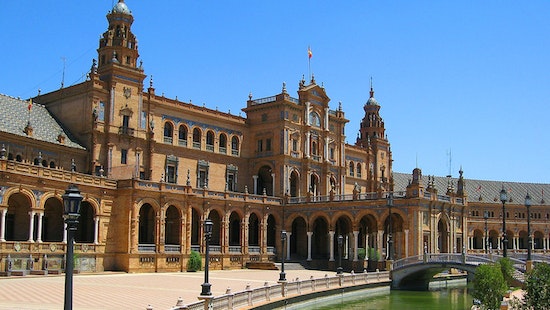