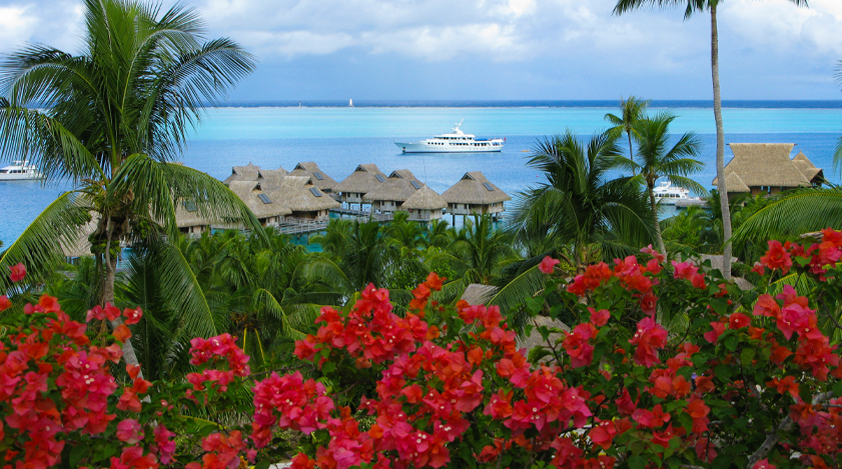 ARRIVAL OF THE FIRST INHABITANTS

It is believed that the first inhabitants of Tahiti arrived from Southeast Asia about 2,000 years ago on large sailing outrigger canoes. These first people had well developed celestial navigation systems which they then continued to develop whilst living in Tahiti.

Before the arrival of Europeans, islands did not have kings but chiefdoms that warred with each other over resources. European arms soon changed these traditional power structures.

The first European to arrive in Tahiti was Wallis on The Dolphin, in June 1767. He named the island King George’s Land and claimed it for Britain. Whilst Wallis was still bound for home, Louis-Antoine de Bougainville arrived on Tahiti in April 1768 with his two ships La Boudeuse and L’Etoile. Compared with Wallis’ visit, Bougainville’s visit was far more amicable with the Tahitians. Unaware that Wallis had claimed Tahiti for Britain, Bougainville claimed it for France.

Next to visit was the sophisticated Captain Cook, in 1769 where he planned to observe the Transit of Venus as it passed across the face of the sun, from the Island of Tahiti. The transit observations were used to calculate the size of the solar system which assisted in nautical navigation. Cook and the Endeavour crew constructed a fortified observatory at Point Venus in Tahiti, from where Cook, naturalists Joseph Banks and Daniel Solander and the expedition's astronomer, Charles Green, all observed the transit on April 3, 1769.

After the transit had been observed, Cook opened a packet of secret instructions from the British Admiralty to seek 'a Continent or Land of great extent' and to take possession of it ‘in the Name of the King of Great Britain'. He failed to discover the proposed Great Southern Land or Terra Australis; instead he circumnavigated and charted New Zealand.

Between 1769 and 1779 Cook completed another two expeditions during which he discovered Australia and also went back to Tahiti. During his three expeditions Cook was able to complete a far more advanced map of the Pacific including New Zealand and Australia.

On the Island of Moorea, where Ta'aroa was chief, Cook first landed in 'Ōpūnohu Bay and Cook's Bay was later named in his honour.

In 1772 Don Domingo de Boenechea sailed the Aguilla from Peru and anchored in the lagoon off Tautira on Tahiti Iti and For the third time, the island was claimed by a European nation. The Spanish influence in Tahiti however was short-lived.

The Tahitians realised the importance of European weapons and the Pomares, being the highest bidders, bought weapons from European mutineers, whalers and traders. The Pomares quickly took control of all of Tahiti and became the most important rulers of Tahiti.

After 1815 the Pomares ruled Tahiti, but the English Protestant missionaries were the power behind the throne, advising on government and laws and doing their best to keep unsavoury influences, such as whalers and traders, at arm's length.

The missionaries were effectively a colonial power. Although the LMS missions reigned supreme in the Society Islands, the Australs and the Tuamotus, the French Catholic missionaries were in firm control in the Gambier Archipelago from 1834 and the Marquesas from 1838.

THE MUTINY ON THE BOUNTY

In 1789, the British warship HMS Bounty departed Tahiti bound for the West Indies with a cargo of breadfruit saplings. Twenty crew from the ship mutinied against their captain, William Bligh and took over the ship, setting him adrift in a small overcrowded boat. Remarkably, Bligh and his men survived, reaching Timor in the East Indies.

A number of mutineers remained in Tahiti, while Christian, who led the mutiny, along with eight others and a group of Tahitians decided to search the South Pacific for a safe haven, eventually settling on Pitcairn Island, an isolated, uninhabited volcanic Island 1000 miles east of Tahiti.

Those who remained in Tahiti were captured and taken back to England where three of them were hanged. On Pitcairn Island, violence soon broke out and between this and sickness, John Adams became the only survivor of the mutineers. He became the patriarch of the island and by 1855, Pitcairn’s population had grown to nearly 200. Today, around 40 people live on Pitcairn Island, and the majority of whom are descendants of the Bounty mutineers. 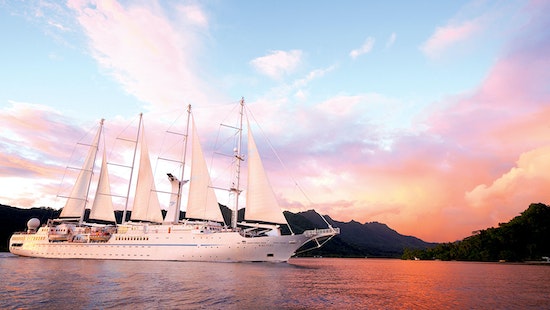 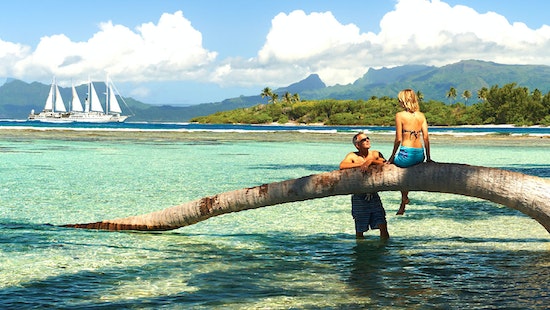