Home / Inspirations /
The 8 Best Things To Do In The Maldives

The 8 Best Things To Do In The Maldives 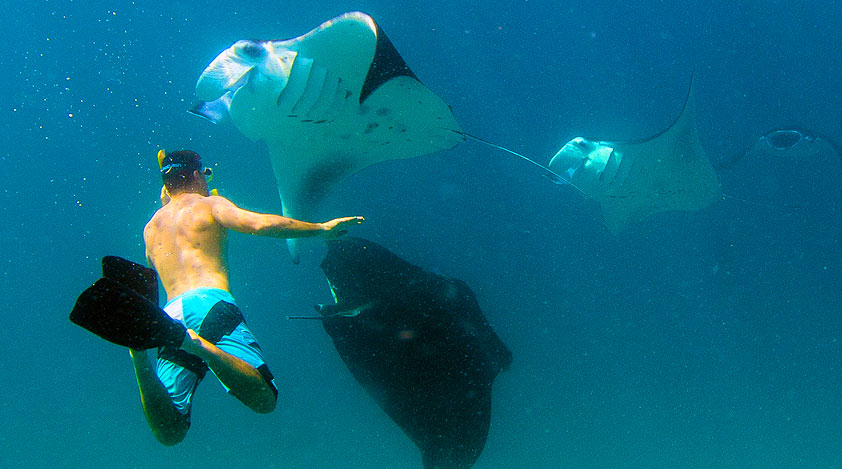 Romantic water villas, sugary-white sand beaches, and luminous waters in lovely shades of blue—the Maldives is no doubt the stuff of dreams pulling well over a million visitors per year. Couples peg the Maldives for honeymoon destination, families for an unforgettable tropical getaway, and travellers in general as a once-in-a-lifetime experience. Countless bucket lists all over the world surely have “trip to the Maldives” written somewhere, and those that do not would do well to include the gorgeous archipelago.

If you’re thinking there aren’t many things to do in the Maldives aside from swimming, snorkelling and diving, think again. Here are the top eight unique experiences for the ultimate Maldivian holiday.

In the Maldives, you can enjoy lunch on a lovely islet, have dinner under a sky full of stars, or feast on a buffet of delectable culinary creations in 5-star restaurants, but if there is one gastronomic experience you will not want to miss, it is the chance to dine under the sea surrounded by the archipelago’s magnificent marine life. Voted “the most beautiful restaurant in the world” in 2014 by the New York Daily News, the trailblazing Ithaa Undersea Restaurant in the Conrad Maldives Rangali Island lets guests dine five metres below the ocean surface. Imagine feasting on mouth-watering fusion cuisine and savouring some of the finest wines in the world while manta rays, sharks and multi-coloured fish swim all around you. The restaurant seats only 14 though so you better book your lunch or dinner in advance!

2. Catch a movie OUTSIDE!

Most people don’t know this, but the Maldives has some of the coolest outdoor cinemas on the planet. Lie back in a cushioned lounger cocktail in hand and enjoy a classic film on the sand and under the stars in Soneva Fushi’s open-air Cinema Paradiso. There’s complimentary popcorn of course, but you’ll want to do this with ice cream instead. Did we say there are over 60 ice cream flavours to choose from? If you fancy something a bit different though, like lying on a net stretched over the sea and hearing the waves while rediscovering some old Hollywood favourite, head to its sister resort Soneva Jani’s open-air overwater theatre, the first of its kind in the Maldives.

3. Witness one of the Maldives’ glow-in-the-dark beaches.

With more than a thousand islands with beaches that are consistently perfect, it’s not hard to see why visitors can be blasé about them after a few days. The magic of Maldivian beaches though does not end when the sun sets, and for those travellers who seek the unique, the Maldives holds something really extraordinary to witness. Ostracod crustaceans and bioluminescent planktons turn the Maldives’ shining white sand stretches into glow-in-the-dark beaches at night. From a distance, it looks as though strings of Christmas lights are scattered at the beach, but come closer and walk on the sand when this natural phenomenon happens and the experience becomes a lot like strolling through a field of stars!

Snorkelling and seeing manta rays from a distance is cool, but getting up close and personal with these giants is a sublime experience you will never forget! Diving with these majestic creatures can be daunting though and it’s quite understandable. Just looking at those eyes as big as golf balls and massive dark wings that can easily flick you to the deep is enough to make anyone not familiar with the mantas’ nature do a double-take. There’s nothing to worry about though. Manta rays do not have venomous spines in their tails and they can be quite friendly. There are even stories of mantas hiding other marine animals from predators. They are perhaps one of the gentlest animals ever and if that does not convince you, just take a look at a manta ray’s smiling “face”!

Wreck divers, the Maldives is one huge playground for you! It is home to a lot of fantastic shipwrecks perfect for beginners and professional divers, and with the swarm waters, chances are a wetsuit won’t even be necessary a lot of times. One of the most popular shipwrecks is the British Loyalty, a 140-metre long oil tanker torpedoed twice during the Second World War and which now rests in its watery grave 33 metres below the surface southeast of Hithadhoo Island in Addu Atoll. Divers enter and explore the vessel through the big hole made by the torpedo, and since the area escaped the coral bleaching caused by El Niño, excellent coral growth cover most of the ship including its propeller.

6. Watch dolphins in the wild.

It is one thing to see dolphins at marine centres and quite another to encounter them in the wild. The Maldives is one of the top five best places in the world for dolphin watching and out of all the many species that call the archipelago home, it is the Spinner Dolphin that hogs the spotlight. Aside from the fact that Spinner Dolphins are the most common species, they also follows a regular routine that makes it easy to know when and where they will appear. Many resorts in the Maldives accordingly arrange dolphin watching excursions and cruises. Spinner Dolphins are also known to be acrobatic and real friendly, swimming beside boats and playfully jumping out and back down the waters. They also occur in numbers so if you happen to chance upon a pod, you’re in for a fun and awesome sight!

7. Set sail into the sunset on a Maldivian dhoni.

The shifting palette of blues characteristic of the Maldives is as dreamy as it gets, but wait until the sinking sun turn them to fiery hues of red, orange and gold and you’ll know the Maldives is a wonder no matter the time of day. It is nice to watch the sunset from the beach or your own water villa, but for a unique and traditional twist, see it from aboard a local dhoni on a sunset cruise. The Maldivian sunset just seems lovelier when seen while lazing on a boat swayed by gentle waters that reflect crimson burst of the setting sun. Sunset cruises are in fact quite popular you won’t be hard-pressed to find a resort offering such activity.

8. Dive UNDER an island.

Diving around an island sure is an exciting thing to do and there’s definitely no shortage of stunning islands with impressive marine life in the Maldives, but how about UNDER an island? Most islands broaden the deeper they go, but some taper instead. Ellaidhoo Island located North East of Ari Atoll is one good example. Its concave structure lets you explore what’s underneath the island, so if you’ve never tried to scuba dive before, here’s one tempting reason to give it a shot. 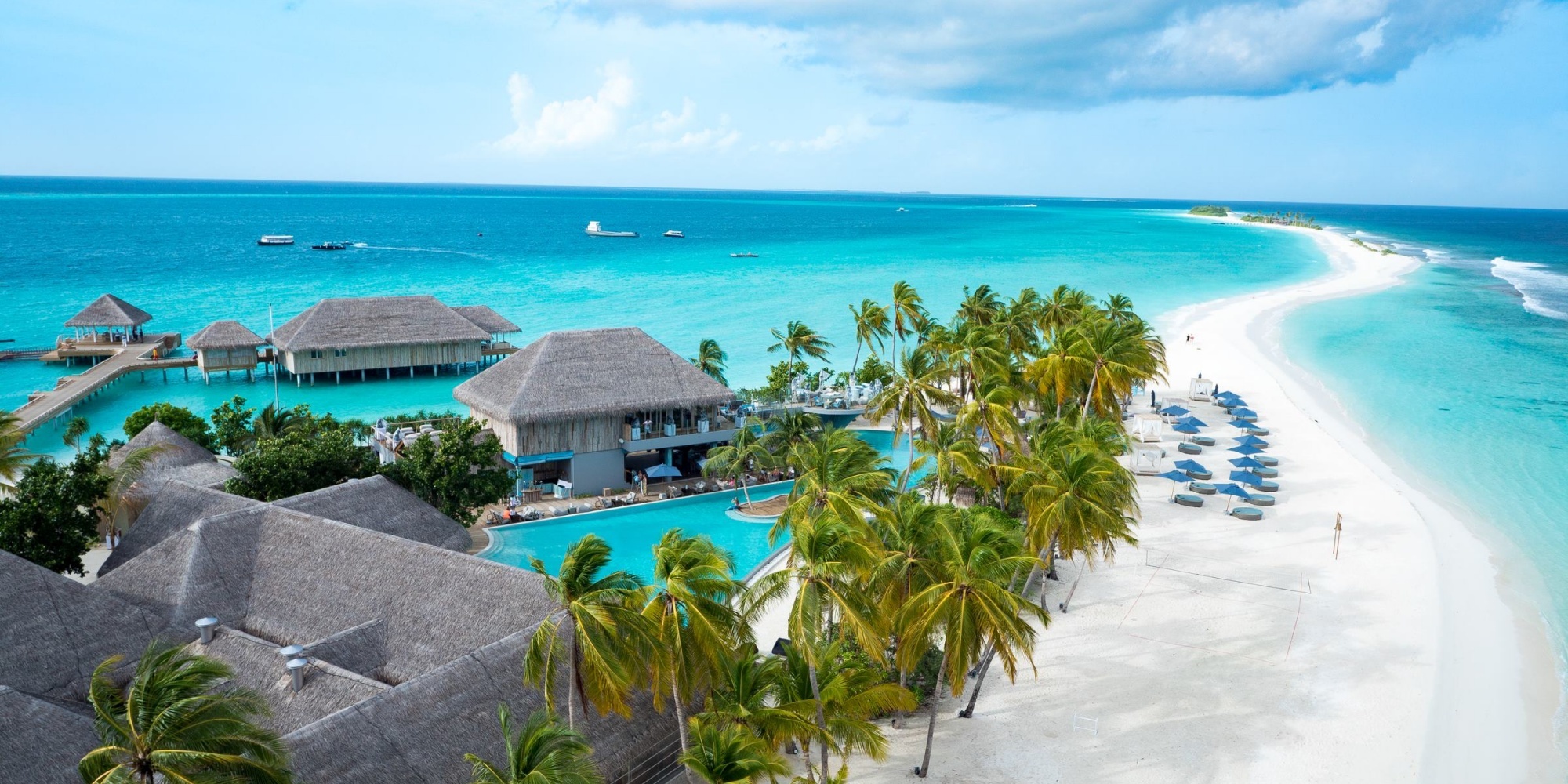 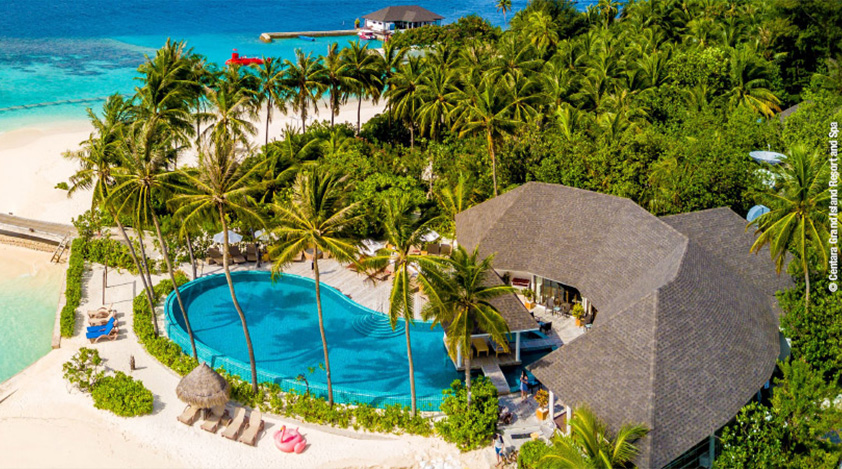 Islands Explore the different Atolls within the Maldives 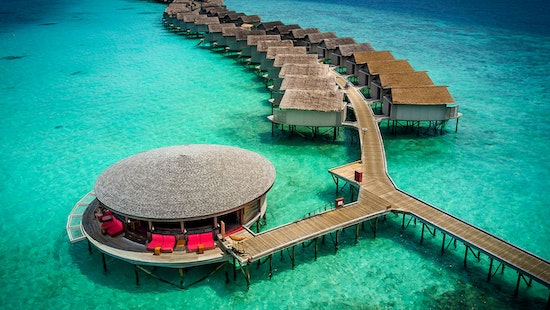 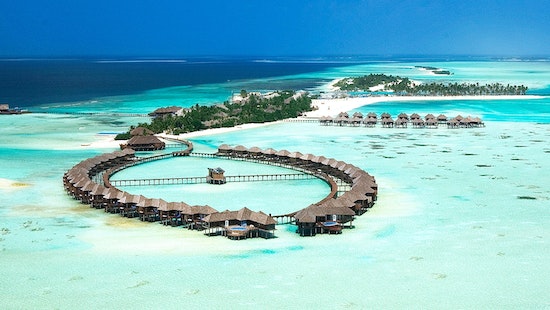 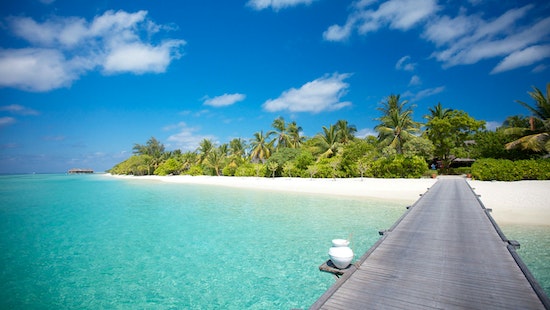 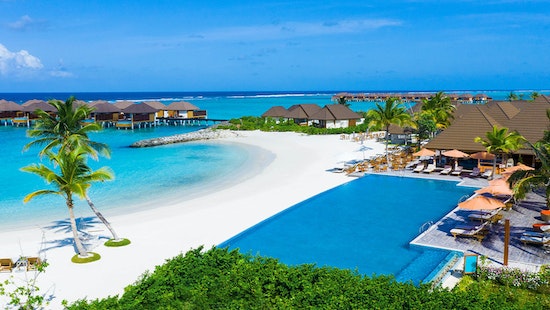 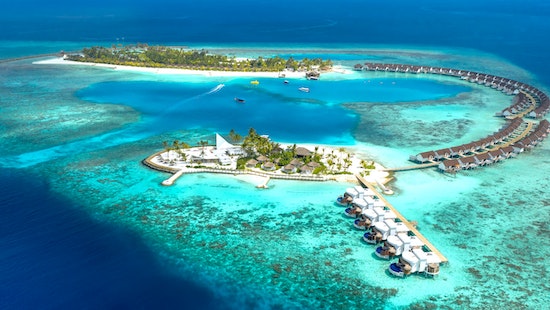 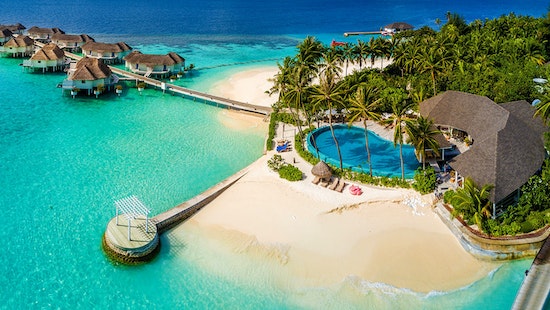