The Cook Islands: 15 Interesting Facts About This South Pacific Gem 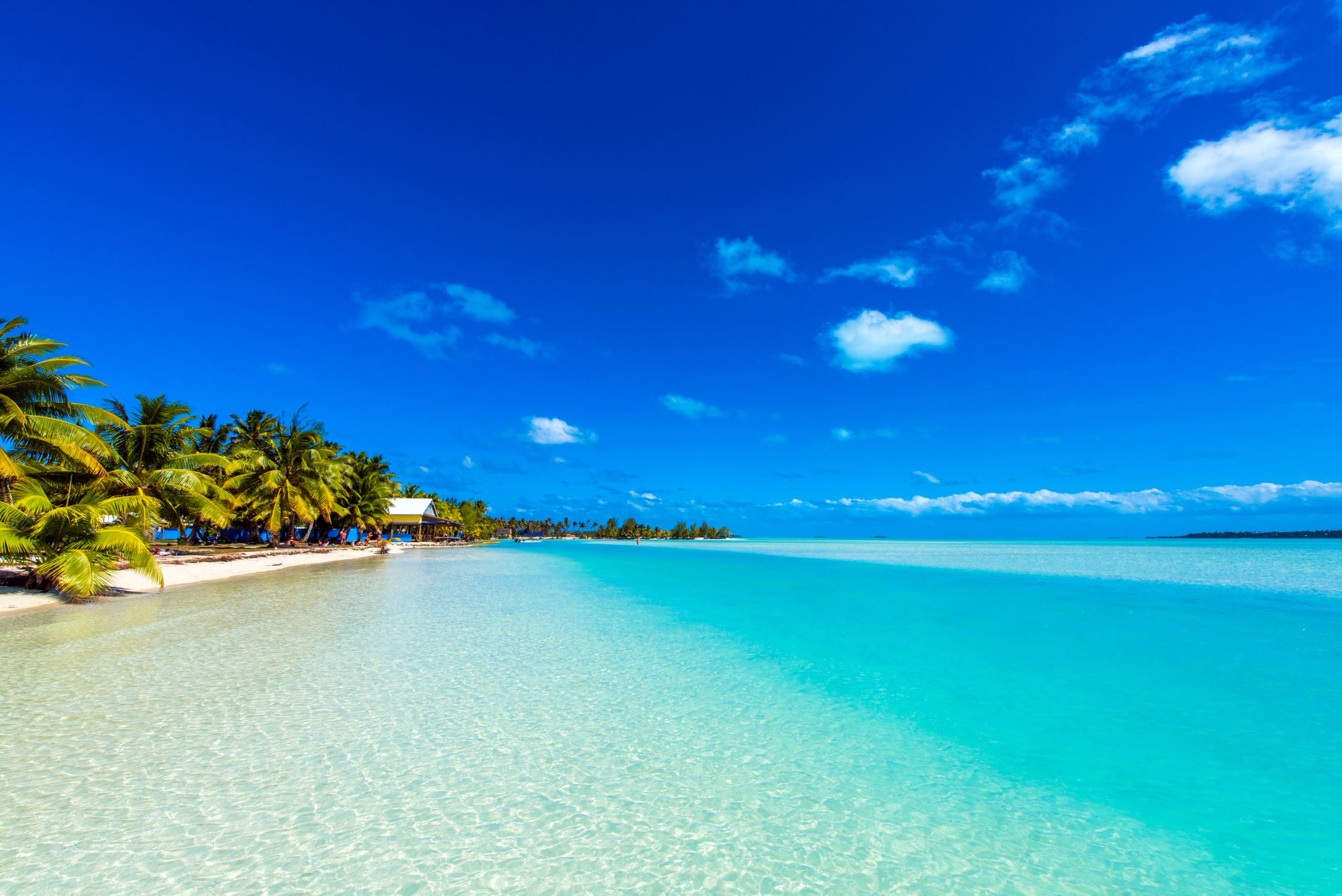 The Cook Islands has plenty of stunning beaches and must-see attractions that travellers can look forward to in their holiday.

But before hopping on the plane, you might have a lot of questions about this South Pacific gem. You might wonder, “Where are the Cook Islands?” or “What currency does the Cook Islands use?”

We have the answers to these questions right here! We’ve rounded up a list of Cook Islands fun facts that you need to know before travelling to the Pacific island of your dreams.

This idyllic paradise lies in the Oceania region, halfway between New Zealand and Hawaii. It spans over two million square kilometres (770,000 square miles) across the South Pacific Ocean. The size is almost as big as Greenland!

How long do you need to reach this archipelago? It takes roughly four hours from New Zealand and six hours from Australia.

The Cook Islands has two regions: the Northern Islands and the Southern Islands. The north is home to beautiful coral atolls, while the south has several volcanic islands.

The main island lies in Rarotonga, where the majority of the locals reside. Meanwhile, the rest of the northern islands remain uninhabited. You can expect picturesque landscapes and glistening waters when visiting the Northern Islands.

The capital of Cook Islands lies in Avarua, which belongs to mainland Rarotonga island. This region is over 28 square kilometres in size and houses many Cook Islanders.

Learn about Cook Islands history and culture in the heart of the capital. Discover fascinating historical artefacts, such as handicrafts from the native people of the Cook Islands.

The Cook Islands is one of the most popular destinations among travellers worldwide. But did you know that more Cook Islanders reside outside the island?

Despite its land size, the Cook Islands only has about 18,000 people living in the islands. In fact, more than twice of the inhabitants from the Cook Islands reside in New Zealand. Now that’s a lot of people!

Curious about the original name of the Cook Islands? We have an intriguing answer for you.

The island’s name traces back to the British explorer James Cook, who first landed in the southern Palmerston Atoll in the 1700s. But before that, he named the newfound place the Hervey Islands.

Later on, cartographers changed the name to what we now know as the Cook Islands in honour of this brave navigator.

When you pay in cash, storeowners can give change with a mix of New Zealand dollars and Cook Islands dollars. But there’s a catch: you can’t use the latter outside the islands.

So if you’re visiting the Cook Islands, we recommend that you carry enough New Zealand dollars with you. You can also keep a commemorative Cook Islands dollar as a souvenir!

People in the Cook Islands speak two languages: English and Cook Islands Maori. If you can speak English, you can easily talk to the locals.

There’s also Cook Islands Maori, a language that comes from the local people of mainland Rarotonga. It also has other dialects coming from the rest of the regions in the Cook Islands.

Locals in the Cook Islands value tradition and respect. As a visitor, it’s important to learn proper etiquette before setting foot on the island.

One of the simplest ways to show respect is through greeting. When someone nods in your direction, often with their chin slightly tilted upwards, you can smile and return the gesture!

You may have heard the saying, “the sky’s the limit,” but the same can’t be said about the buildings in the Cook Islands. The law mandates that no building in the islands should be taller than a coconut tree. That means you won’t see any high-rise buildings along the streets.

Instead, you’ll enjoy the clear skies and tall palm trees swaying in the tropical breeze. It is truly a refreshing sight from the massive skyscrapers and neon lights we’re so used to in the cities.

This is one of the most intriguing facts about The Cook Islands. If you can’t buy a house in Rarotonga, how do the people find a place to live?

The property system in the mainland works differently. Houses, farms, and other forms of property get handed down from one generation to another. This way, everyone in Rarotonga has a home and property of their own.

Heads up for beach enthusiasts! While neighbouring countries such as Tahiti are more lenient towards skinny dipping, the same cannot be said for the Cook Islands.

Sunbathing or swimming without any clothes on is prohibited in the Cook Islands. So wear an appropriate swimsuit while taking a dip in one of the island’s pristine beaches.

Travelling in the Cook Islands is a breeze if you know how their transportation works. In Rarotonga, the bus only has two routes: clockwise and anti-clockwise. These buses run on a schedule and often have distinct signs you can easily spot.

Riding the bus is one of the best ways to move around the mainland. All you need to do is relax in your seat, feel the tropical breeze and enjoy the mesmerising views!

This Pacific wonderland is home to the most sought-after black pearls worldwide, thanks to the island’s warm climate and pristine waters. Black pearls are abundant in the seas of the archipelago, making the Cook Islands one of the biggest exporters of this prized gem.

Are you craving a classic burger and fries combo in the Cook Islands? Unfortunately, there are no McDonald’s or KFC stores in the archipelago.

If you want your fast food fix, stop by the airport in New Zealand. Or better yet, try delicious meals served in local restaurants for a taste of the Cook Islands!

Keeping the islands unspoilt is no easy feat. Instead, it’s a collective effort from the communities in the Cook Islands to protect and conserve their natural wonders.

So be mindful of your surroundings when visiting the Cook Islands. Aside from disposing of your garbage properly, you can also use PF sunscreen free of oxybenzone so you can avoid contaminating the waters.

Escape to the South Pacific in the Cook Islands

The Cook Islands has plenty of exciting activities in store for you. But before packing your bags, do a little research about your destination first. These interesting facts about the Cook Islands will help you navigate the islands and make meaningful memories.

Plan your next summer holiday in the Pacific with our Cook Islands holiday packages.