Happiness is absolutely infectious in one of the world’s happiest nations! Denmark is a small Nordic country known for its hygge lifestyle—finding bliss in all the little things in life. Experience this Danish concept in all of its meaning as you explore the country’s stunning cities and towns, each possessing a unique character and different kind of beauty.

The capital
Formerly a Viking fishing village, Copenhagen is Denmark’s buzzing capital where you’ll witness the perfect fusion of royal history, modern architecture, and eco-friendly living. Always topping the world’s liveability lists, it’s easy to fall in love with this city, from its green parks and squeaky-clean waterways to a culinary scene made of no less than 15 Michelin-starred restaurants and a wide array of cultural attractions. Among Copenhagen’s top tourist hotspots are the Tivoli Gardens, the 17th century canal district of Nyhavn, the magnificent Rosenborg Castle, and the Langelinie promenade where you’ll see the Little Mermaid bronze statue from the shore.

Major cities
West of Copenhagen, still on the island of Zealand, is the antique city of Roskilde. Dating from the Vikings Age, the city has been luring visitors from around the world through its UNESCO World Heritage cathedral and the Viking Ship Museum, a national museum for ships, seafaring and boatbuilding in the prehistoric and medieval period. Roskilde is also famous for its rock festival—it’s certainly an exciting destination for both young and old!

Set on the Jutland peninsula’s east coast, Aarhus is a vivacious city on the rise with its ever-expanding architectural marvels and varied nightlife. Whether your interest lies on shopping and great food or on historic sites and natural surroundings, most of the city’s attractions can be easily reached by foot. Explore the most famous museums of the city, such as Den Gamle By, an open-air town museum in the Aarhus Botanical Gardens, and ARoS Aarhus Kunstmuseum, one of the largest art museums in Northern Europe. You may also want to visit Marselisborg Palace and Tivoli Friheden, a theme park close to the city centre.

Ancient and enchanting, sitting at the narrowest point of the Limfjord, Aalborg is a quaint university town whose old-world charm and recent waterfront developments make it an interesting stopover point in Denmark. In the heart of this city, you’ll find an 8-hectare zoo keeping more than 1,500 animals. The Kunsten and Lindholm Høje Museet museums are also great sites to learn about the evolution of Scandinavian culture and art.

On the west coast of the Jutland peninsula, the seaport town of Esbjerg is often overlooked by tourists. Nevertheless, this town do have spectacular points of interests, such as the Wadden Sea National Park, Men at Sea white monument, and the small marsh island of Langli.

Nestled on the island of Funen, Odense is like an open book where history and fairy tale stories come to pass. Known as the birthplace of Hans Christian Andersen, the famous Danish author of literary classics like “The Ugly Duckling”, “Princess and the Pea”, and “The Little Mermaid”, this city offers a cosy atmosphere perfect for a relaxing holiday break. Visit the H. C. Andersen House, the Funen Village open-air museum, and the Odense Zoo.

Limitless attractions
Other top-rated attractions in Denmark you should not miss include the LEGO House in Billund, the UNESCO-listed Kronborg Castle in Helsingør, Egeskov Castle in Kvarnstrup, and the ever beautiful Farøe Islands and Greenland. There are so many gorgeous spots, you’ll keep on returning again and again to experience every region.

There’s never truly a bad time to visit Denmark. It’s the happiest place on Earth that’s why! Nonetheless, here’s a quick guide on when to travel depending on weather conditions and growing crowd.

Expand Collapse  all
Flights & Getting to Denmark

Demark has over 21 airports spread across the country, but the majority of international flights operate in the main airport of Copenhagen. 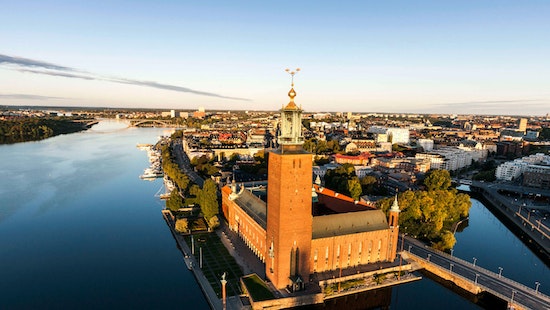 Get smitten by the unique charm of Scandinavia's three royal capitals. Visit Oslo, the Viking capital situated by its fjord of same name with outstanding outdoors. Explore Stockholm, with its pulse, beauty, and amazing archipelago and see Denmark’s capital Copenhagen – a cultural and historical oasis. This tour is the perfect combination of history and culture. 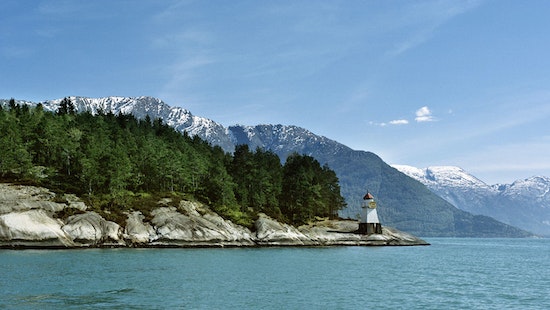 Conquer the Nordic capitals like a true Viking on this 11-day journey in Scandinavia. Marvel at enchanting fjords, including Norway’s Hardangerfjord and Sognefjord, and encounter the giant Jostedal Glacier up close.

View package
View all
Home / Destinations / Scandinavia /
Denmark
Entire Travel Group used to be known by the individual brands as shown below. The company has not changed, but we have amalgamated under one brand - Entire Travel Group.