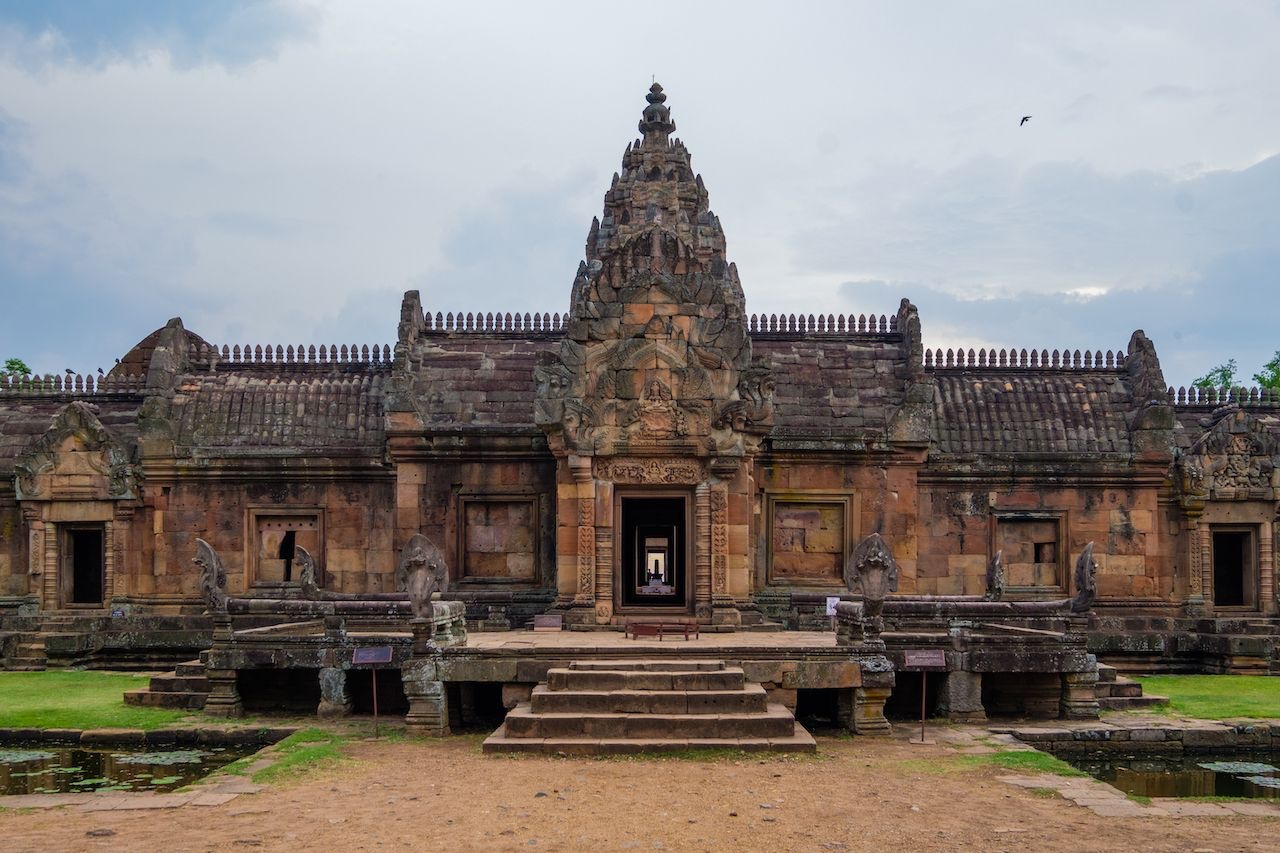 Thailand draws millions of tourists every year with its bustling cities and rich cultural heritage. But do you know what makes the land of smiles fascinating? The historical landmarks in the country’s different regions.

These highly preserved Thailand landmarks are remnants of Buddhist architecture that date back thousands of years ago. Some are even considered UNESCO World Heritage sites.

Here are 15 must-visit Thailand historical landmarks to include in your itinerary.

15 Thailand Landmarks for Your Next Holiday

Topping the list is none other than the spectacular Grand Palace in Bangkok, a historical centre in the heart of Thailand. The palace has been the official residence of the country’s kings since 1782.

The Grand Palace was built during the reign of the Chakri dynasty kings. Inside, you will find shimmering gold palaces, stunning Buddha statues and over 50 temples, including Wat Phra Kaeo, the oldest temple and home to the thousand-year-old Emerald Buddha. 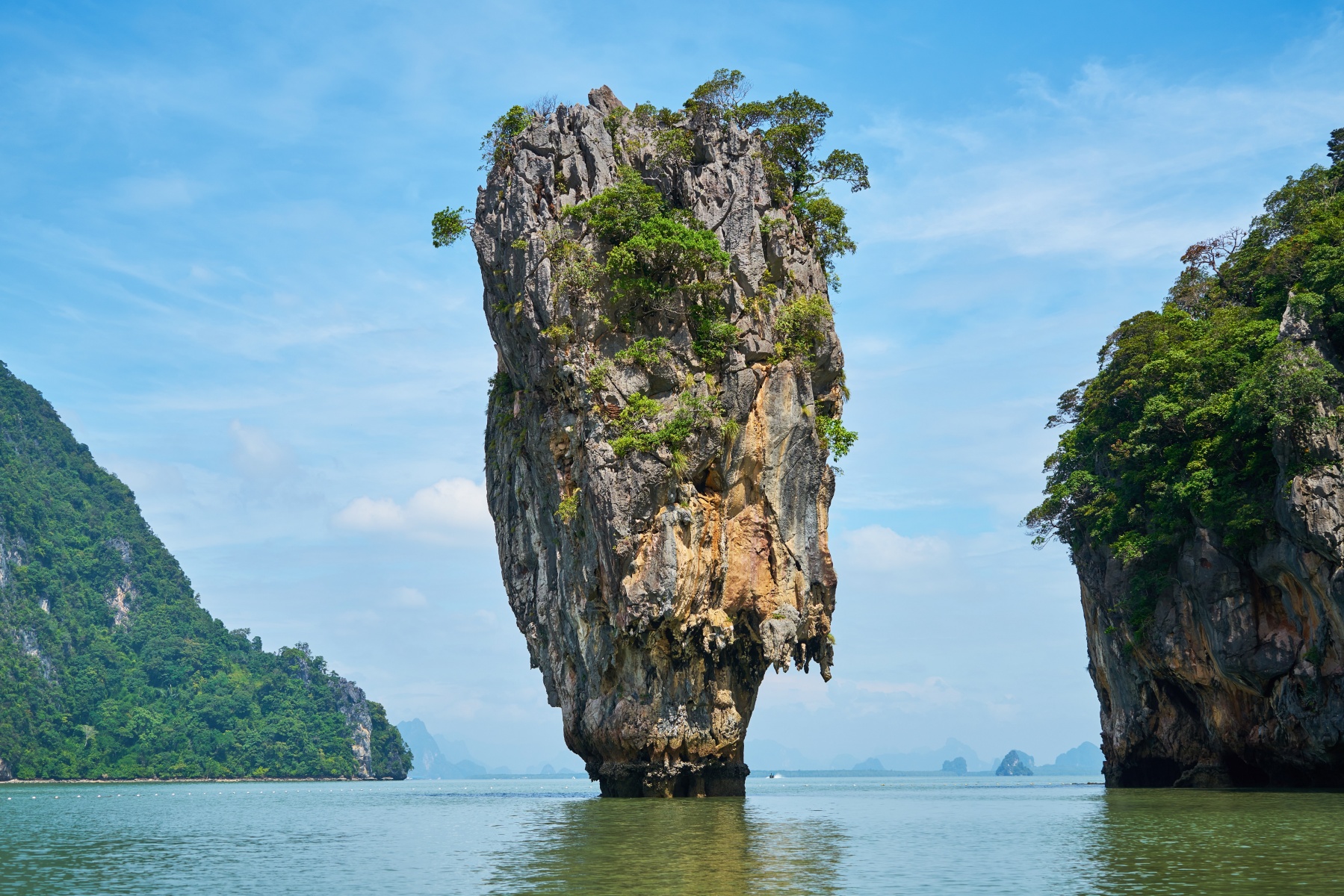 You might recognise Khao Phing Kan from a 1974 James Bond film, but this iconic natural landmark is more than that. It consists of two twin islands connected by a white, sandy beach. It has spire-like limestone karst that rises from Phang Nga Bay’s shimmering waters, surrounded by rocks and other topography. Enjoy a relaxing kayak trip as you explore the area.

Khao Yai is Thailand’s first national park and another UNESCO World Heritage site. A significant area of the park is made up of rainforest and bamboo forests. But apart from lush greenery, the reserve is home to various animals, including Asiatic black bears, slow loris, gibbons, rare Indochinese tigers and the endangered Siamese crocodile.

During a visit to Khao Yai, you can follow its walking trails to appreciate its natural beauty and spot nocturnal animals with the reserve’s night safari. You can also enjoy a hike to see lovely orchids and stunning waterfalls.

Another famous tourist attraction in Thailand is the Sukhothai Historical Park. It is one of the most spectacular archaeological sites in the country as it includes remains of 21 historical sites and four large ponds within the old walls. In fact, the park is a UNESCO World Heritage site and was home to almost 300,000 people according to some sources. 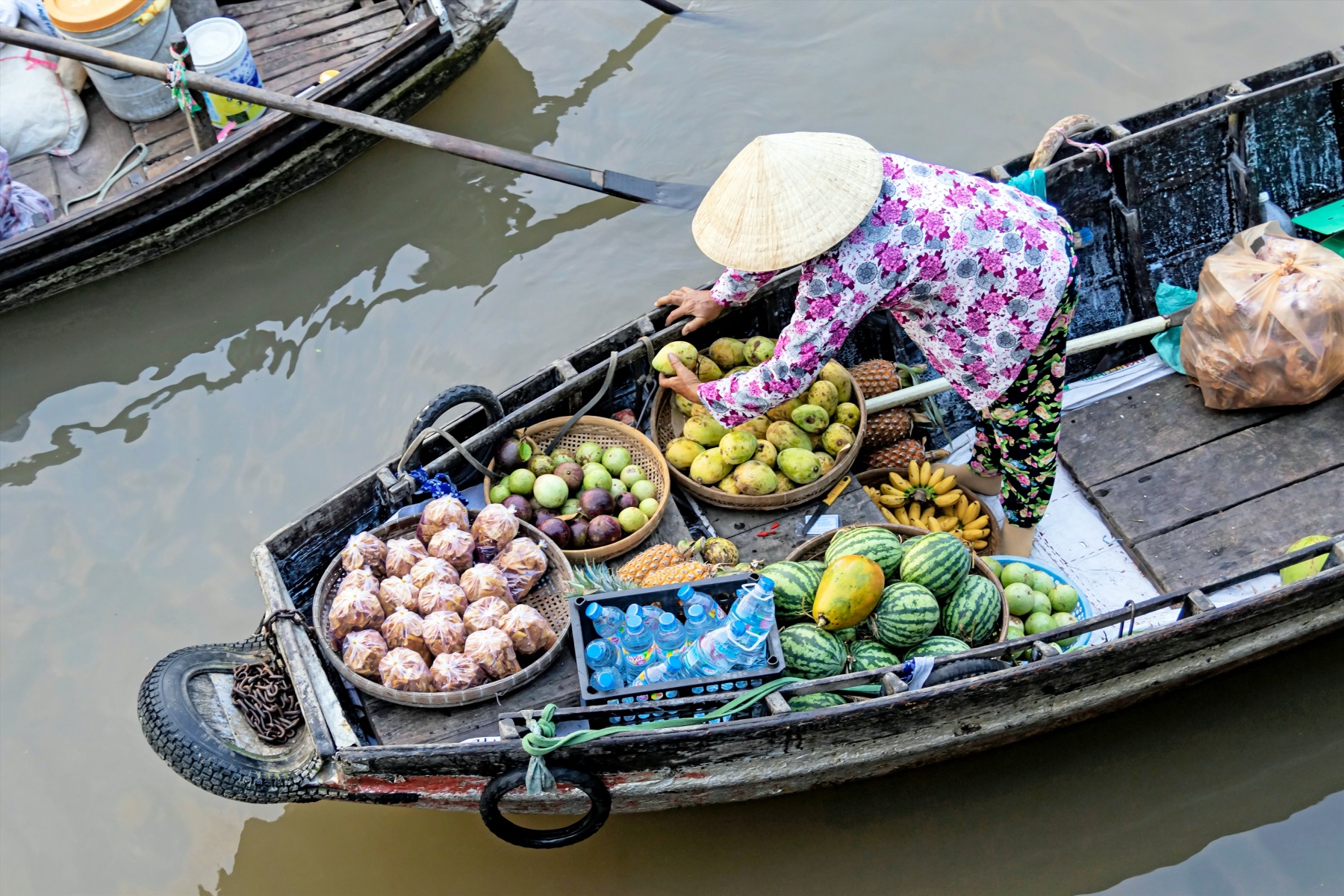 No trip to Thailand is complete without an authentic floating market experience! See how the locals traditionally make a trade by visiting Amphawa. The canal is lined with wooden houses where vendors sell souvenirs, snacks, clothing and handmade goods. The floating market is open from Friday to Sunday.

One of the many Bangkok historic sites includes Wat Pho, the oldest temple in the city. In fact, it’s older than Bangkok itself, which was constructed back when Thailand was still in Ayutthaya. King Rama the First made the temple bigger to save the recovered statues in the Ayutthaya Kingdom.

The temple is not just a tourist attraction but a place of worship for Buddhists. Inside, you’ll see the famous giant reclining Buddha. This gold-plated statue is 15 metres tall and 46 metre long. 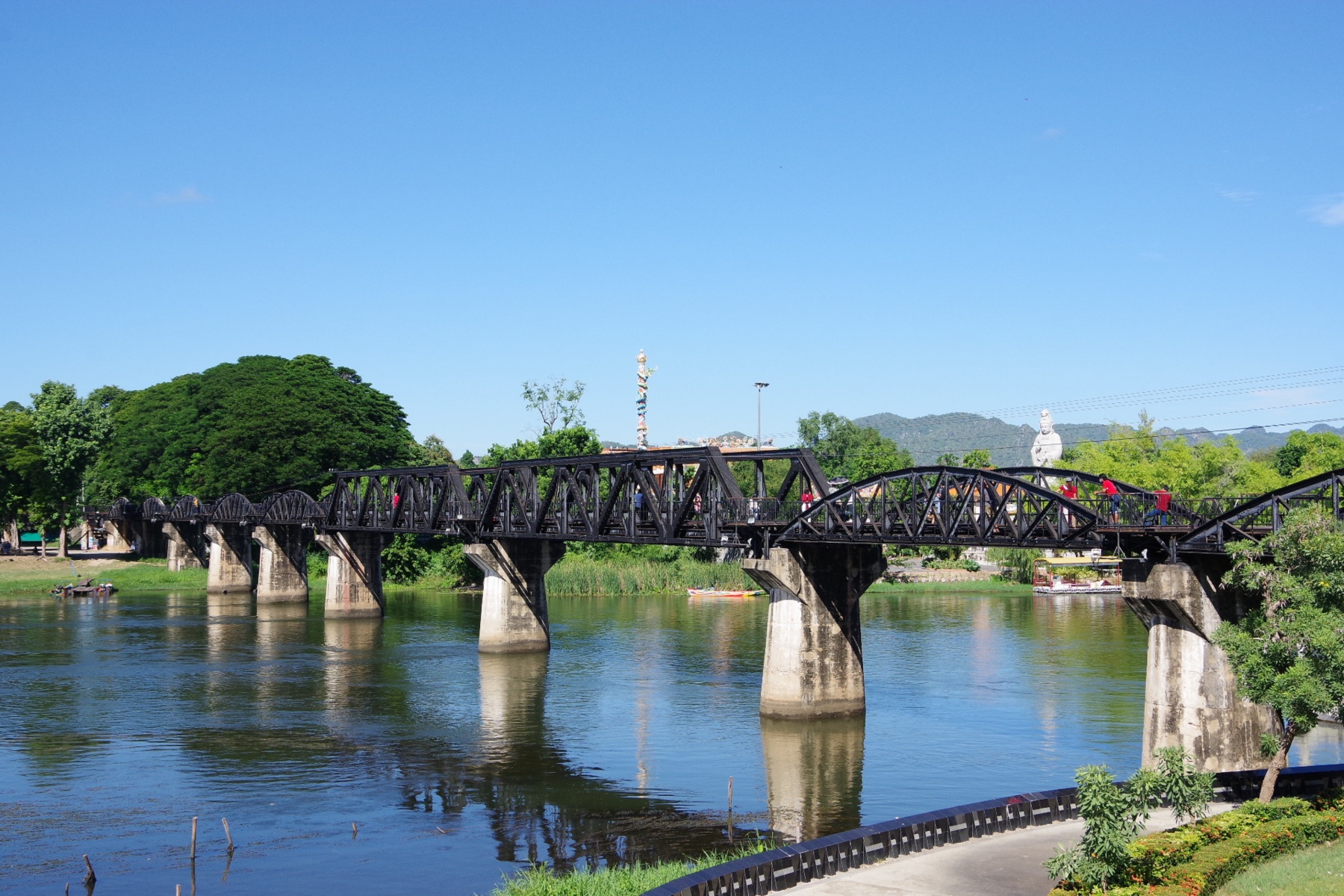 Did you know that Thailand takes pride in being a country that has never been fully colonised?

One of its most historical landmarks is the famous Bridge over the River Kwai located in Kanchanaburi. This iconic iron infrastructure immortalises the damages Thailand suffered during the second world war. Bridge River Kwai was part of the Death Railway and the ambitious desires of Japan to connect neighbouring countries. Today, it is a poignant reminder of the war.

Make sure to include Wat Rong Khun in your itinerary. It is recognised worldwide as the “White Temple” because of its distinct white facade. Wat Rong Khun’s striking design complements its fairytale-like aesthetic, making it one of the top tourist attractions in Thailand.

The temple uses glass pieces of plaster that sparkle under the sun. Its recognisable colour signifies the purity of Buddha, while the glass represents Buddha’s wisdom and teachings (or Dhamma). 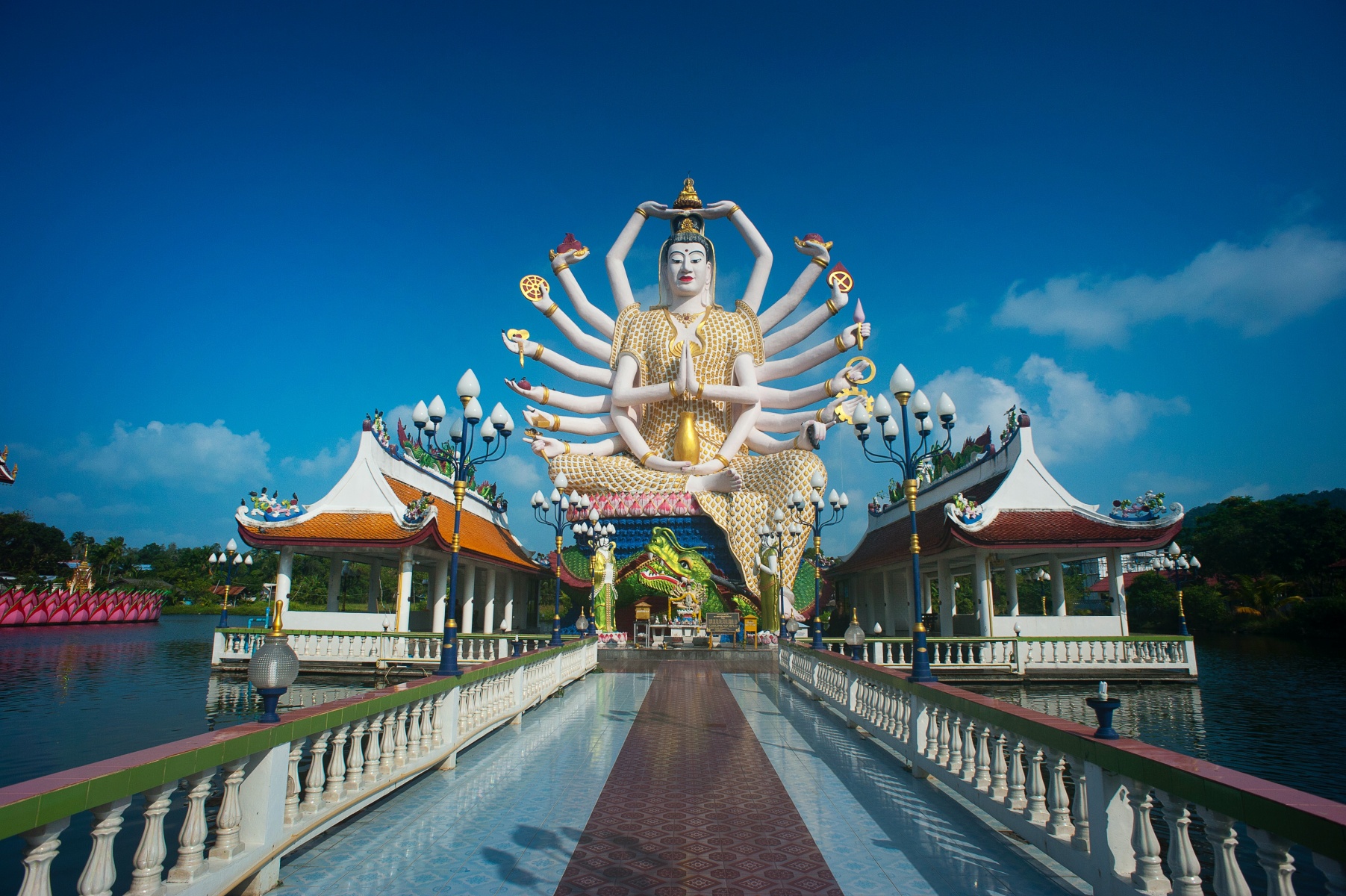 This Buddhist-themed temple is one of the most colourful ones in Thailand. Wat Plai Laem houses two giant eye-catching statues: the Chinese Goddess of Mercy and Compassion Guanyin and a fat, laughing Chinese Buddha. The lake surrounding it is teeming with exotic fish waiting to be fed. Enjoy a peaceful and tranquil visit as you appreciate the temple’s art and architecture.

Prasat Hin Phimai is one of the main attractions of this Thailand landmark. It is a fine example of Khmer architecture and has a similar style to Cambodia’s iconic Angkor Wat. In fact, some historians believe Prasat Hin Phimai was its base model as it was built a century after. There are also other beautifully preserved Buddhist temples, bridges and galleries in the complex. 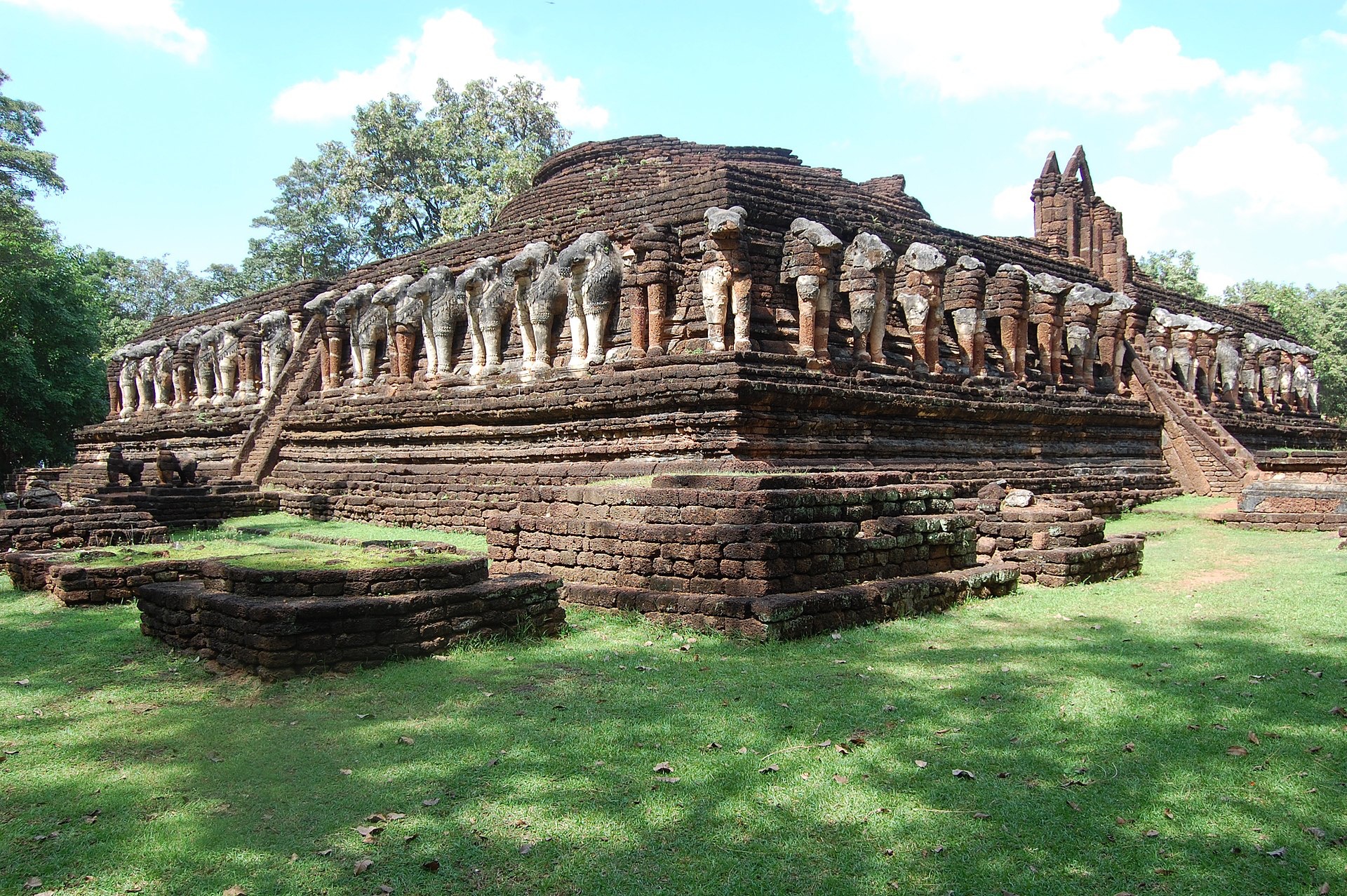 Kamphaeng Phet, or “wall of diamonds”, gets its name from its ancient walls. It used to be a fortress that protected the Sukhothai Kingdom during the Ayutthaya period. Only ancient monuments, sanctuary remains, relics and temples are left to show its glorious history.

Get an overview of Thailand’s history and national treasures by visiting Ancient Siam. This privately owned museum mimics the shape of Thailand and is reportedly the world’s most extensive outdoor gallery with over 200 acres of land.

This theme park is like a mini Thailand because it has miniature replicas and reconstructions of the country’s historical sites, like the Royal Stand, the Tiger King’s Palace of Phetchaburi and the Ancient Theatrical Pavilion.

Be amazed at how the Khmer Temples stand the test of time — these infrastructures were built over ten centuries ago. Dozens of these temples are located across Northern Thailand, while most are found in far-flung places. Three well-preserved sanctuaries are considered top tourist attractions in Thailand, including Phanom Rung, Muang Tum and Phimai. 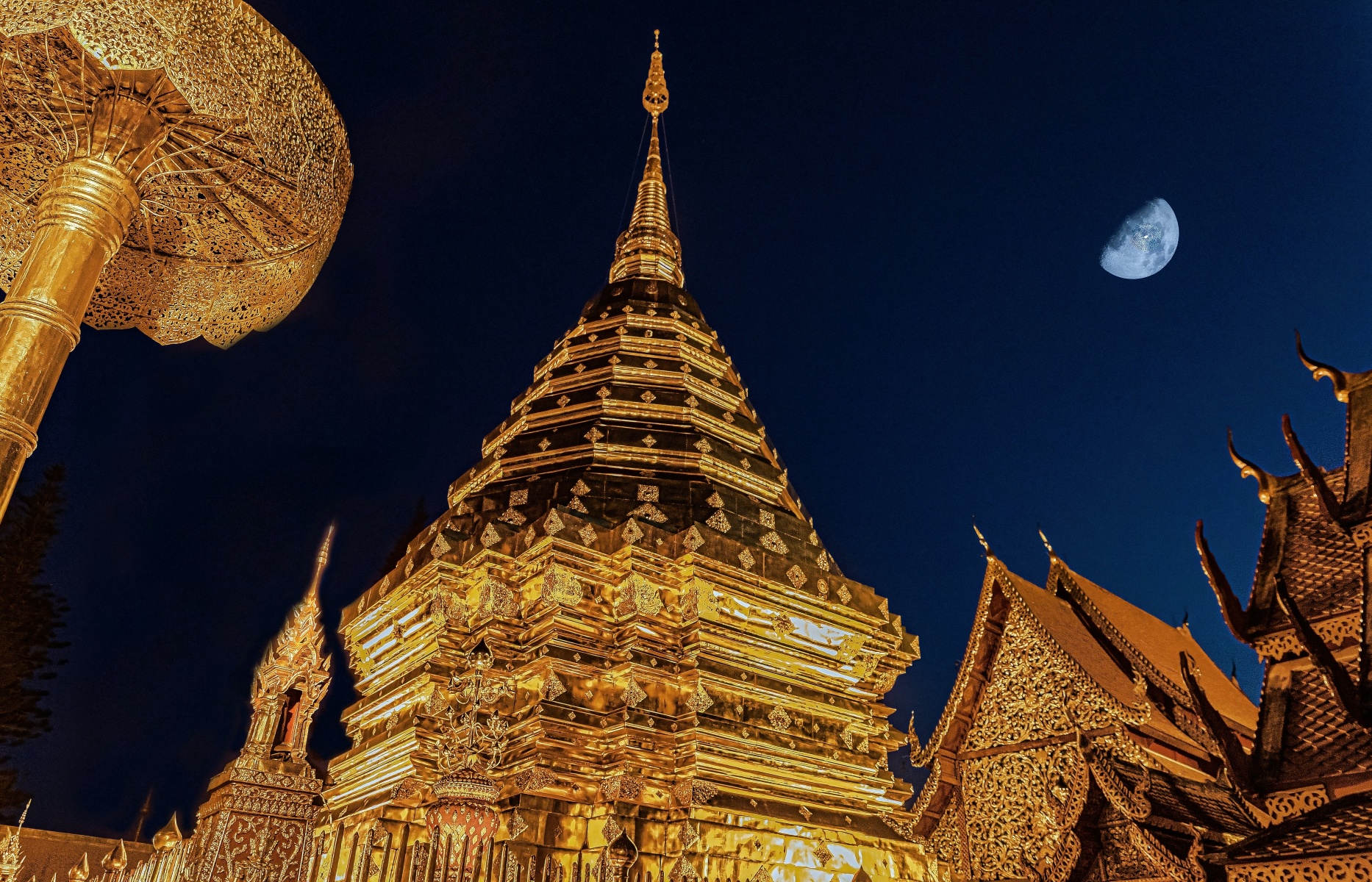 You can’t go to Chiang Mai without visiting the opulent Doi Suthep! This temple is where Buddhist monks perform religious rituals. It’s also an excellent place to immerse yourself in Hmong culture and tribe communities or shop for elephant carving ornaments, home furnishings and handwoven textiles.

The travel time requires tourists to take more than 300 steps to reach the temple. But it is worth it because an incomparable overview of the city and its surrounding mountains awaits. Inside, the vicinity is just as magnificent because of the golden pagodas, beautiful pavilions, stunning buildings and Lord Buddha relics.

Bask in the magnificence of the millennium-old Phanom Rung. Tourists need to take a 160-metre long walkway before reaching the temple’s facade. A pavilion on the right was built for the King during his ceremonial preparations. You will pass through the Naga Bridge, which symbolises your passing from the earthly world and into the world of the gods.

What’s unique about Phanom Rum is not just its intricate Khleang and Baphuon designs but its distinct location on the edge of an extinct volcano.

Familiarise Yourself with Thailand’s Rich History

Visit these famous landmarks in Thailand and learn more about its rich culture and historical background. If other countries also preserve their infrastructures the way Thailand has, it could also last for generations and turn into one of the world’s best historical landmarks.

Choose from our Thailand holiday packages and see these historical sites with your own eyes. The land of smiles awaits your arrival! 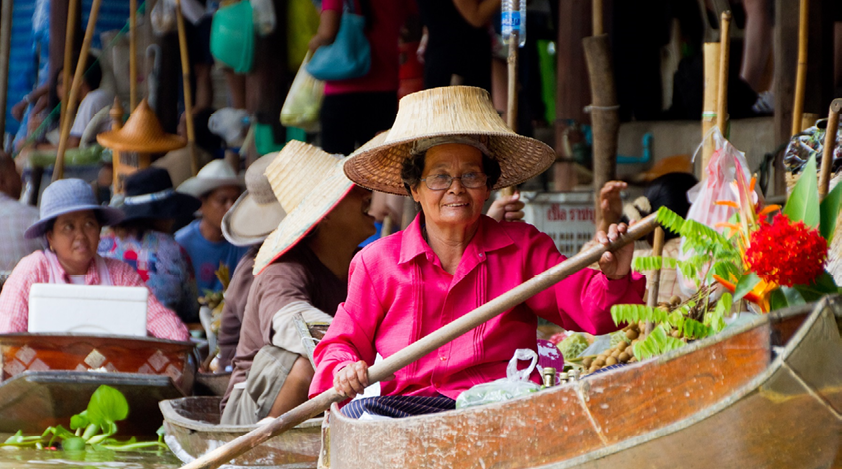 Explore the different regions of Thailand 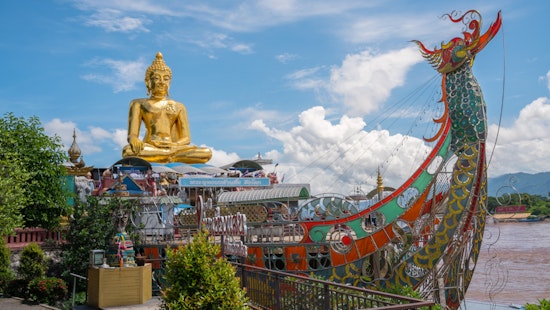 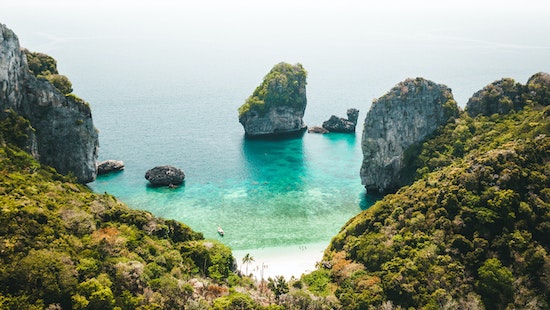 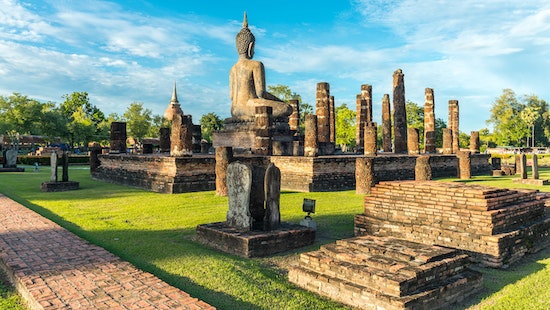 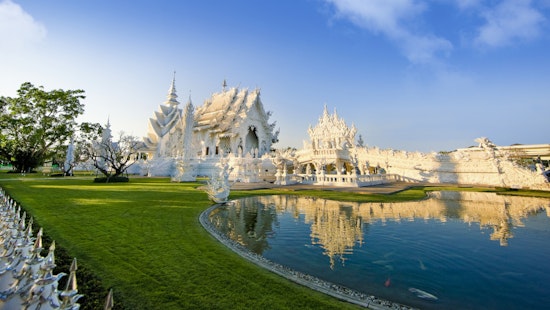 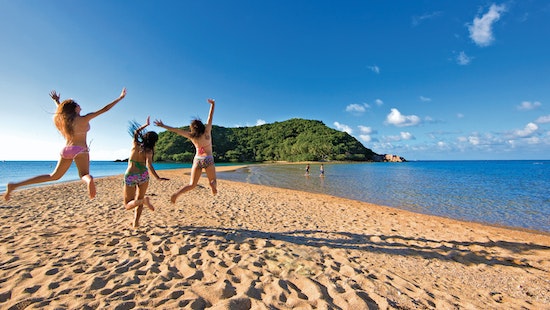 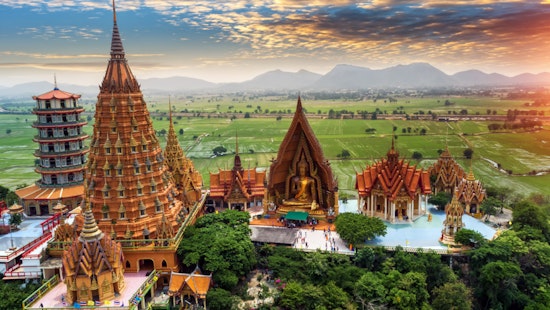 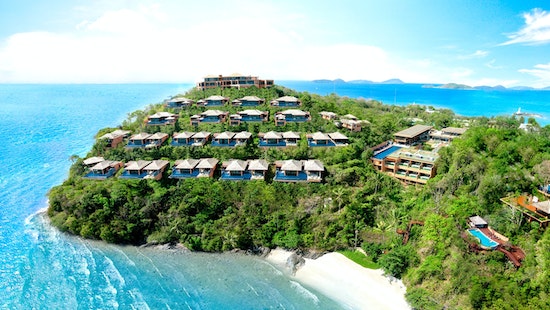