The History Behind The Most-Visited Monuments In Paris 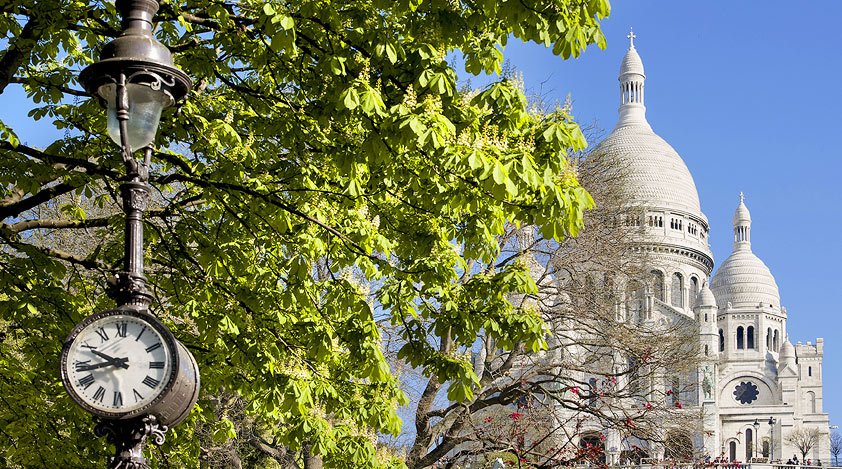 Art, fashion, culture and gastronomy all converge beautifully in the glittering capital of France. Pierced by the Seine River and crisscrossed by countless historic alleys, busy streets and wide boulevards lined by chic boutiques, lovely cafes and beautiful architecture, Paris is a labyrinthine happy place for everyone. The city’s many museums and art galleries exhaust art connoisseurs, surprises await history buffs at every turn and the food? Let’s just say foodies will have a grand time with the delightful boulangeries (bakeries), pattiseries (pastry shops) and fromageries (cheese shops) that seem to be everywhere in Paris, not to mention the opulent world-class restaurants that constantly up the ante for fine dining experience.

Look past the glamour of the City of Lights and you’ll realize Paris is also a city that shaped Europe and helped write the history of the world. Paris saw the rise and fall of dynasties, the birth and death of great men and women, and the beginning and end of historic periods. A lot of Parisian sights that pull in millions of visitors each year are in fact monuments to people and event that made the capital city we know today.

If you’re planning a trip to Paris, here’s a list of notable monuments in Paris you will want to include in your must-see list:

The Eiffel Tower hardly needs an introduction. The wrought iron lattice tower rising on the Champ de Mars has become the primary icon of Paris that imagining the city without it is impossible. Reaching a staggering height of 320 metres and weighing 7,300 tons by itself, the elegant signature spire is the tallest structure in Paris and the most-visited paid monument in the world.

The Eiffel Tower has three levels for visitors. The first and second levels house restaurants, most notable perhaps is the Michelin-star awarded Le Jules Verne, while the top level has a viewing platform considered to be the highest observation deck in the European Union that is open to the public. If you want some challenge you can climb the 300+ steps to get to the first level and another 300+ steps to the second, or you can just buy a ticket and take the lift. Lines can be really long though. You might want to consider getting a Paris pass that will let you skip the lines.

Built by and named after Gustave Eiifel as a temporary centrepiece for the 1889 World’s Fair and to mark the centennial of the French Revolution, it is quite ironic that France’s most celebrated landmark now was not a hit back then. In fact, prominent artists including Alexandre Dumas and Guy de Maupassant sent the minister of public works a letter saying “We protest with all our strength the useless and monstrous Eiffel Tower. The Eiffel Tower is without doubt the dishonour of Paris. Everyone feels it, everyone says it, everyone is profoundly saddened by it”. The Iron Lady eventually won over the protesting artists except for de Maupassant. Considering the status of what he called a “disgraceful skeleton”, he’s probably been turning in his grave since his death in 1893.

This is one striking structure that should be included in any Paris discovery tour. Inspired by the Pantheon commissioned by Marcus Agrippa in Rome, the Parisian Panthéon is a massive neoclassical structure featuring a high dome and Roman façade with Corinthian columns. It overlooks the city from its perch at the top of the Montagne Sainte-Geneviève and dominates the skyline of Montmartre.

Originally commissioned around 1750 as a church to Sainte Geneviève, the patron saint of Paris, and to house her relics, the Panthéon has evolved to function as a secular mausoleum. Since 1970, it has been the resting place of some of France’s greatest thinkers and movers, including Rousseau, Voltaire. Interment in the Panthéon is permitted only to the nation’s “National Heroes”, as a form of the nation’s acknowledgment of the honour its great people have bestowed on France. Look up and you’ll see an inscription above the entrance that reads “Aux grands hommes la patrie reconnaissante” (“To great men, the grateful homeland”).

This is the one site that definitely rivals the Eiffel Tower as the prime symbol of Paris! One of the most famous and photographed monuments in Paris, the Arc de Triomphe proudly stands guard at the centre of Place Charles de Gaulle, formerly called Place de l'Étoile because of the twelve avenues that radiate from it thereby forming an étoile or "star". The intricately sculpted monument was commissioned in 1806 to commemorate the victory of Napoléon’s armies at Austerlitz in 1805 and today honours everyone who fought and died in the service of the country during the French Revolutionary and Napoleonic Wars. You’ll find names of French generals and victories inscribed on its surfaces. The Tomb of the Unknown Soldier from World War I also lies beneath the triumphal arch’s vault.

Traffic around the arch can be crazy and if you value your life, don’t even think of crossing the roundabout to reach it! Go to the northern side of the Champs-Élysées where you’ll find stairs beneath the étoile leading to pedestrian tunnels not connected to metro tunnels. Just follow these tunnels and you’ll emerge safely under the arch. If you want to climb up to the viewing platform, there are tickets available in the tunnel. Expect crowds but you can skip the long lines if you join an exclusive Paris city tour. Fair warning: you have to conquer 284 steps to get to the 50-metre high viewing platform on the top of the arch, but don’t let that discourage you! The view from up there is well worth the climb and you’ll get to see the dozen avenues that make up the star!

Constructed in 1917 and consecrated in 1919 after World War I, the Basilica of the Sacred Heart of Paris or simply Sacre-Coeur is a double monument. On one hand, it serves as a national penance for France’s defeat in the Franco-Prussian War of 1870 and the Paris Commune of 171. On the other hand, this Roman Catholic church and basilica is dedicated to the Sacred Heart of Jesus and is thus a symbol of conservative moral order. You might want to sign up for a guided tour of the Sacre-Coeur where you’ll discover more of the reason why the church was built and why it has divided Parisians for decades.

If you’re planning a visit, it might be useful to remember that the perpetual adoration of the Blessed Sacrament in the basilica has been happening uninterrupted since 1885 with the Blessed Sacrament always on display above the altar. Pilgrims from all around the world come to Sacre-Coeur, and tourists are advised to observe silence and dress appropriately.

The Roman-Byzantine style Sacre-Coeur is unmistakeable from its seat at the top of Butte Montmartre where visitors can enjoy one of the most spectacular panoramic views of the capital. If the walk up the hill is a bit too much for you, you can get a regular metro ticket and hop on the funicular. Don’t miss the chance to go up and explore the dome! The sights from the basilica’s parvis are already breathtaking, but the ones from the dome will floor you!

To those fascinated by France’s military history, the Les Invalides is one Parisian monument you should see! Built in the 1670s by Louis XIV to shelter 4,000 disabled war veterans, the Hôtel des Invalides or simply Les Invalides is a huge complex of buildings that include a hospital and retirement home for war veterans and features monuments and museums that tell the military history of France. France’s largest collection on French military history is housed inside Musée de l'Armée. While at it, you might want to check out Musée d'Histoire Contemporaine for 20th and 21st century sculptures, engravings and drawings, or the Musée des Plans-Reliefs for its unique collection of fortified cities and surrounding countryside all done during the time from Louis XIV and Napoleon III. The military models were all rendered using the same technique at a 1:600 scale and the details are just amazing!

Having said all that, what brings in visitors really is old Napoleon himself. The great emperor Napoleon Bonaparte, the brilliant statesman and military leader who conquered much of Europe in the early 19th century, rests inside the Dôme des Invalides, along with some of France’s war heroes.

Disney might have boosted its fame in 1996 with its Hunchback of Notre Dame, but the Notre-Dame de Paris, literally “Our Lady of Paris”, has been a most well-loved Parisian sight for centuries! The cathedral was the heart of Catholic Paris for seven centuries and it is very much the heart of the city today. The Place du Parvis Notre Dame, the grand square in front of the Cathedral, is actually the Point 0 from which all land distances from Paris to all other places in France are measured.

The Cathedral of the Lady of Paris is also not just a historical monument. One of the finest examples of French Gothic architecture and among the first buildings in the world to use the flying buttress, the Notre Dame Cathedral is known for its sublime balance, with its façade vertically balancing its 69-metre twin towers with the decorated galleries’ horizontal banding. It also features three magnificent rose windows and a vast interior that can accommodate up to 6,000 worshippers. Nowhere else in the world would frightening gargoyles and chimeras be more at home too! If you want to see them up close, just climb the 400-odd steps that spiral from the North Tower all the way to the western façade where the interesting beasties await you, as well as grand sweeping views of Paris.

Some popular packages from France