Somme: Remembering the Anzacs In France 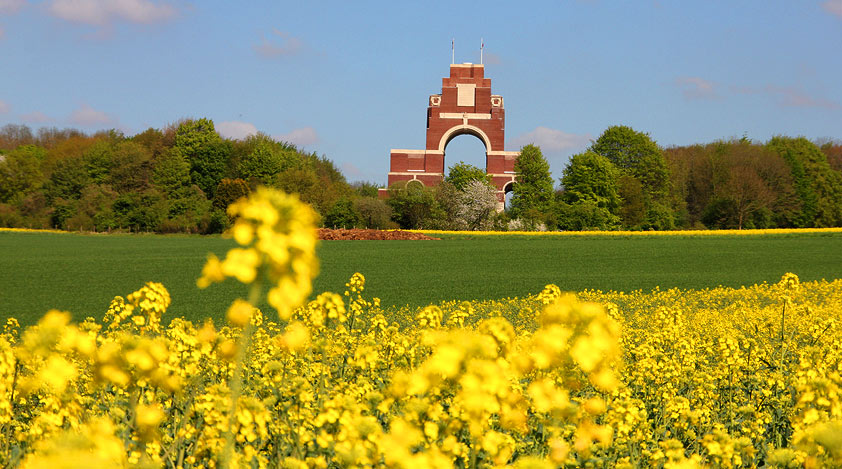 You would be hard-pressed to find an Australian or New Zealander who would not recognize Gallipoli and it’s significance. The 1915 Gallipoli Campaign of World War I, also known as the Battle of Gallipoli, the Dardanelles Campaign, or the Battle of Çanakkale, saw over 21,000 soldiers of the Allied forces lay down their lives in the name of peace. Out of these casualties, 8,709 were from Australia and 2,721 were from New Zealand. Anzac Day, observed on the 25th of April each year, was originally in honour of the members of the Australian and New Zealand Army Corps (ANZAC) who fought against the Ottoman Empire at Gallipoli during the First World War.

What most people often miss is the fact that after the bloody events of Gallipoli, a huge chunk of the remaining Anzacs were deployed to fight on the Western Front in France. It is here where the brave troops furthered the cause and won major battles against the German forces who invaded France in 1914, eventually regaining Axis-held lands and strategic points that turned the tide of war in favour of the Allied forces. The backdrop of these battles? Somme.

Somme, a department north of France, was so entrenched in the First World War that it is seldom mentioned today without ‘battlefield’ preceding or following it. Type ‘Somme’ in any search engine and chances are the top results will have “Battle of the Somme”, “Somme Battlefields” or variations of those two. Travel to Somme and you’ll realize that although beautiful in its own way, Somme has a poignant feel to it that intensifies as you near any of the numerous sites commemorating the events of the war and honouring the noble sacrifice of thousands of fallen Australians and New Zealanders.

Anzac memorial events traditionally focused on Anzac Cove but France began holding observances and ceremonies in 2008 in conjunction with Anzac Day. Below are some of the memorials and historic places in Somme that Australians and New Zealanders in France can visit in remembrance of their fallen countrymen.

The Australian National Memorial situated on the Route Villers-Bretonneux flanked by the towns of Villers-Bretonneux and Fouilloy is the main memorial to members of the Australian military who fell on the Western Front during World War I. The location is the setting of the Second Battle of Villers-Bretonneux which took place from the 24th to the 25th of April 1918 and which saw the world’s first battle between two tank armies. This Anzac memorial bears 10,773 names of the missing dead of the Australian Imperial Force and is marked by a huge Cross of Sacrifice. This is also where the yearly Anzac Day Dawn Service is held. Viller-Bretonneux is also one of the first towns the Anzacs recaptured from the Germans. If you have time, drop by at the nearby primary school called Victoria where you’ll find signs in the main hall, schoolyard and every classroom that read "N'oublions jamais l'Australie" (Never forget Australia).

Located near the commune of Pozières, the Pozières Memorial commemorates the missing British and South African soldiers of the Fifth and Fourth Armies. It lists 14,657 names, all lost from 21 March 1918 to 7 August 1918 during the German advance called the Spring Offensive, the Allied consolidation and the Advance to Victory on 8 August. The memorial also forms the perimeter walls of a cemetery of the Commonwealth War Graves Commission, with majority of the graves belonging to men who perished in the Battle of the Somme and Battle of Pozières in 1916. Almost 50% of the graves belong to the unidentified dead, while majority of the identified ones are those of Australian soldiers.

Also known as the Fighting for Mouquet Farm, the Battle of Mouquet Farm started on 23 July during the Battle of Pozières and ended on 3 September 1916 with heavy casualties on the ANZAC and Canadian Corps. Because of the farm’s strategic positions on a ridge jutting north-west from the much fought-over Pozières village, nine separate attacks were orchestrated by three Australian divisions to take the farm. However, the Germans were safely ensconced in the farm’s strong stone cellars below ground and not one of the nine attempts succeeded in capturing and holding it. The British advance eventually elected to bypass it. A Ross Bastiaan bronze plaque stands at the farm today in memory of the fallen dead.

4. THIEPVAL MEMORIAL TO THE MISSING OF THE SOMME

The Thiepval war memorial lists the 72,246 names of British and South African servicemen who died or were reported missing during the Battles of the Somme and who have no known grave. Rising at 45 metres and dominating the surrounding landscape for miles, the Thiepval Memorial is the world’s largest Commonwealth memorial to the missing. It was designed by Sir Edward Lutyens and features a series of intersecting arches in increasing height and proportionate width. A ceremony marking the first day of the Battle of the Somme is also held every 1st of July each year. On the corners of its piers, the Thiepval memorial also bears the names of the bloody Somme battles where men of the British Army and the Dominion Forces of Australia, New Zealand, Newfoundland and South Africa sacrificed their lives: Albert, Serre, Gommecourt, Bazentin Ridge, Delville Wood, Ginchy, Pozières, Guillemont, Morval, Flers-Courcelette, Le Transloy, Thiepval, and Ancre Heights.

Erected in honour of the 7,000 members of the New Zealand Division who died and played an important role in the capture of the village of Flers and repelling German counter-attacks to keep the new military positions, the Longueval memorial is close to the hearts of New Zealanders. It bears the inscription "In honour of the men of the New-Zealand - First Battle of the Somme 1916" and stands at the location from which the successful attack on Flers on 15th September 1916 was launched.

A stone’s throw away from the New Zealand National Memorial on the road to Contalmaison, you’ll find the Caterpillar Valley Cemetery, the site of 5,569 Commonwealth graves, 125 of which are New Zealand graves marked by a silver fern insignia. There’s also a memorial inside the cemetery, listing the names of 1,205 New Zealand troops whose bodies remained missing or unidentified after the 1916 Somme battles. In 2004, the remains of an unnamed soldier were exhumed and reburied at the National War Memorial in Wellington, New Zealand and became the New Zealand Unknown Solider, representing all soldiers who came “from the uttermost ends of the earth” to fight in World War I and die in service of country and people.

Some popular packages from France